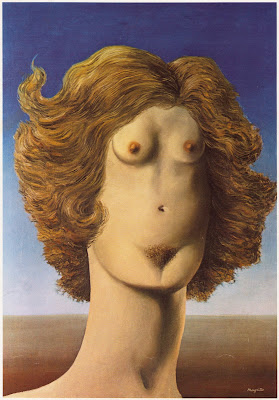 That the red dot of MOM's nipple, her TT's if you will, nourishes the baby then becomes a central strange attractor to the sexual drive, lends it a most powerful syncnificance.

The red dot of the nipple resonates all red dots but specifically lets highlight the Red Eye or Seeing Red connect.

Here then a curious but telling pattern of TT in film with a direct sync back to Seeing Red. 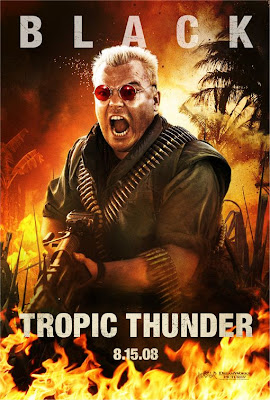 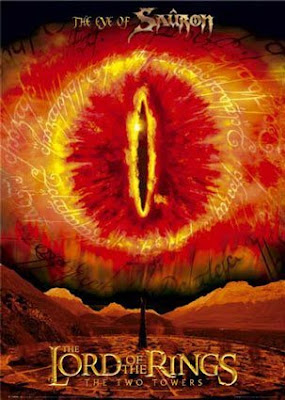 The flaming Red Eye of Sauron in "Lord of the Rings The Two Towers" (TT) above and below. 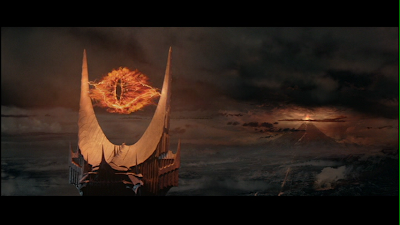 This next one is to perfect. 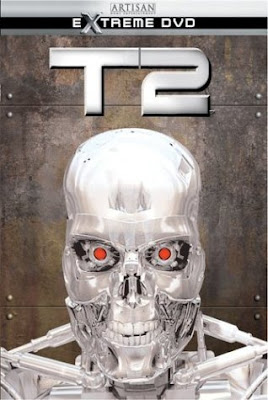 It seems clear that the Red Eye is strange attracted to TT.
Considering TT resonates the breast with its Red Eye nipple, all the associations start resonating together soundly.

Richard: I just noticed that Red Eye = RE = RE of the Red Eye

Maybe the TT is a Bridge, like Jim mentions in the comments, which points to the Two Towers within: 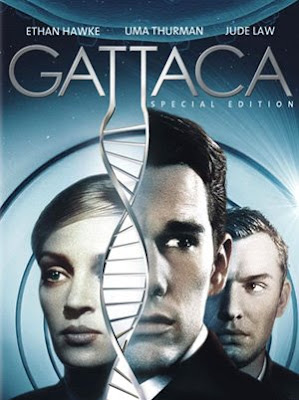 Notice how Uma (yin) and Ethan (yang) are merged together thanks to the duality of the TTowers. Also notice that there are 3 Eyes in the image above and the dominant color is Blue. Reminds me of a Blue TiT...

Does the Blue Gene (yin) awaken the Red Eye (yang) to turn us Purple Jesus?

Will Scarlett mentions that the letter T = 20

This reminded me of the 20/20 vision looked at in Original G-Twenty Twen. 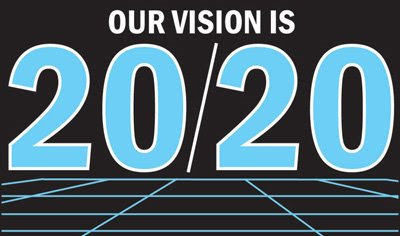 Our all-encompassing 20/20 vision of the future might be Blue, but I think it's going to be underlined by the color Red which helps us C:

In the Transformers Franchise which will soon produce it's own T2 we see the hexagon box of life and death in a room highlighted by the symbols T2 and H8. T is the 20th letter in the alphabet making perfect sense for 2 to be introduced because in typical numerology 2+0=2. H is the 8th letter in the alphabet so there again H8 is a perfect fit for HH... These(like all symbols in these movies) act as a maker to pay attention, and sure enough some interesting things happen in this scene. First off we have our Sync Whole star John Turturro showing everyone the power of the cube.

I'll try to explain the sunglasses soon enough, I swear.

The Box creates another living robot that C's red....

In the same scene there is a brief discussion about some battle damage on the wall.... The argument is of whether it is from Freddy Kruger or Wolverine.... If we check into the new Wolverine Movie we see some TT's as well these however are Masculine. Commonly known as man boobs. 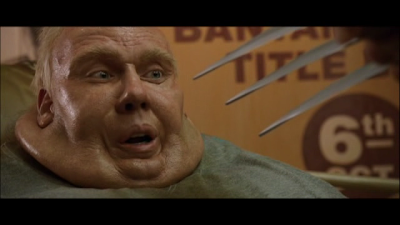 Here we see the Blob and TT next to the 6... Also the word TiT is framed by the Trident of Logan. 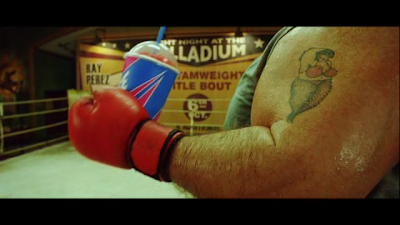 The Blob also sports a tatoo of a large women with red TiTs... His own being Kissed by 2T's and the Ray of Ray pEREz looks on. Also some random pentagrams need noting. 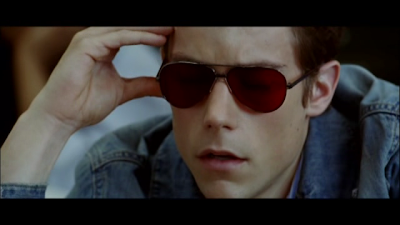 Scott SuMMers also makes an appearance as Cyclops(definitely will talk about this more laTTer). ScoTT also C's red because of his Ruby Sunglasses... In fact he helps us all to C red. 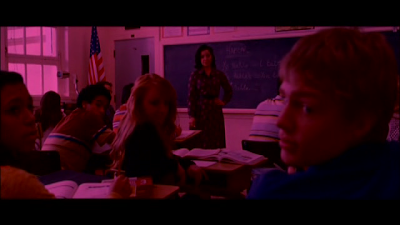 Interestingly enough the Hebrew Letter equvialent to the T is Teth that was expanded upon by The Stygian Port recently(perfect timing actaully) in his post The Journey Back Home. The Teth is the snake or the Morning Star because it represents Lucifer. This adds extra content and texture to the next picture. 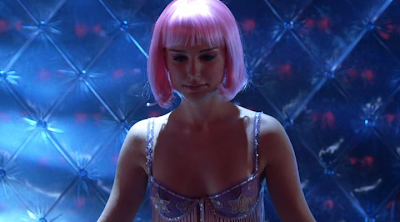 Natalie Portalman seen here with two morning stars on her TiTs in the movie closer.