Wiki: "The quick brown FOX jumps over the lazy DOG" is a PANgram (a phrase that contains all of the letters of the English alphabet):

With all of these Fox/Dog/Coyote/Wolf syncs beginning to surface I figured it was time to take a closer look at the K9 connections to see how they all blur together into One.

The Fox is naturally Red in color and I want to focus on Morgan Freeman who played the role of 'Red' (alongside Tim Robbins) in 'The Shawshank Redemption'. Freeman has been 'Red' and he's also been the 'Fox': 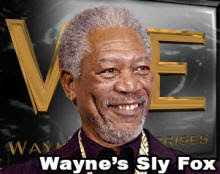 Above we see the V (or W) interacting with the head of the Sly Fox and here we find Foxx and Fox coming together in front of the G.Oldman: 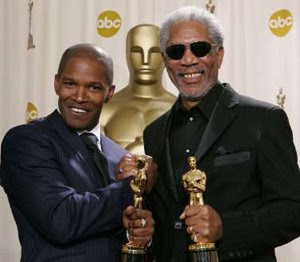 If we look at the 'Red Fox' in the movie 'Shawshank Redemption' we find a reference to the G.Oldman (Sirius Black) in this image: In Batman Begins we find Gary Oldman (Dog) and Morgan Freeman (Fox) teaming up to help the serious Dark Knight.

In 'Danny the Dog' we find that the Foxy Freeman has more resonance with the K9: 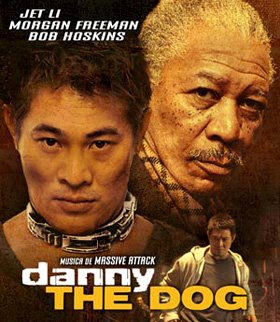 Danny the Dog was a controversial title in the UK so the studio decided to change it to 'Unleashed'. Here we see the Soul of the Foot coming down on the Dog: 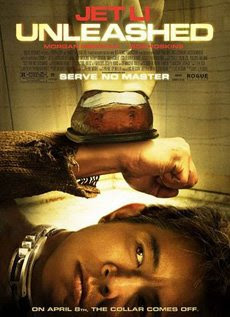 In my younger years I loved watching a kids TV show called Basil Brush. I don't known if Basil ever made it to the States/Canada but here we find him Basil Brush, the Fox, being unleashed: 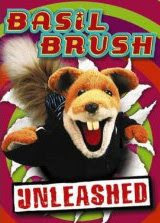 If we look closer at the synchronicities mentioned above we find a reoccuring theme creeping into the pattern. We have the FOX (Freeman) who helps the Robbin escape from Shawshank Prison. We have Danny the DOG who escapes from his leash (thanks to Freeman). We have the name FREEMAN itself which resonates with 'Freedom'. It all seems to be connected to something being released, set free, unchained etc.

Morgan Freeman played the role of God (Dog) in Evan Almighty alongside Jim Carrey. The FOX/DOG/GOD all seem to resonate with one another.

If we continue playing with the K9/DOG/GOD we find that:

Chakra is a Sanskrit word that translates as wheel or disc. Chakra is a concept referring to wheel-like vortices which, according to traditional Indian medicine, are believed to exist in the surface of the etheric body of man. The Chakras are said to be "force centers" or whorls of energy permeating, from a point on the physical body, the layers of the subtle bodies in an ever-increasing fan-shaped formation (the fans make the shape of a love heart).

Seven major chakras or energy centers (also understood as wheels of light) are generally believed to exist, located within the subtle body. Practitioners of Hinduism and New Age Spirituality believe the chakras interact with the body's ductless endocrine glands and lymphatic system by feeding in good bio-energies and disposing of unwanted bio-energies.
It is typical for chakras to be depicted in two ways:
1. flower-like
2. wheel-like

The Chakras 'pump' the the Ki/Chi flow around the body (much like the heart pumps blood) in a similar way to a current passing through a circuit board. The pathways (or veins) within the body which circulates the Ki are known as Meridians: 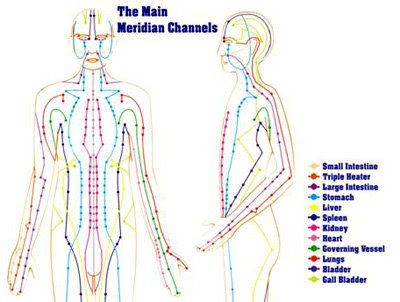 So the K9/Dog is connected to the Ki thanks to synchronicity. When we consider that the K9/Ki is wanting to be 'Unleashed' or set free from Shawshank/Azkaban Prison, I see this as an analogy for the release of Spirit/Ki/Chi/Soul energy inside the body.

Maybe the Ki is the Key to unlocking the Door, which in turn unleashes the Fox/Dog so that we can become a FREEMAN.

Maybe the Key has been hidden within our so-called 'junk DNA', or 'Blue Gene', or maybe the Ki/Chi arrives from an outside source (like a K9-Star, or Ki-Star, for example). Regardless of where the Ki comes from, it's a pointer towards an influx of Spirit or KKonsciousness which is somehow resonsible for awakening the inner-Pan/Beast/Fox/Dog.

Remember at the start of this post I mentioned that "The quick brown fox jumps over the lazy dog" is a PANgram. In the movie 'Wanted' we find the Foxy Freeman is a mentor to the character FOX (played by Angeline Jolie) and Wesley (played by actor James McAvoy): 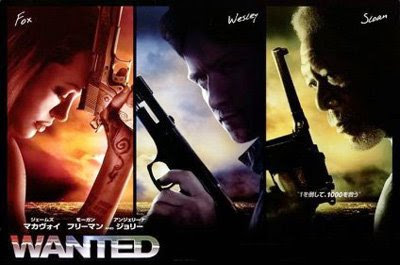 In the movie James McAvoy (Wesley) becomes infatuated with the Fox (Jolie) while being the Fox/Dog Morgan Freeman teaches him to become an assassin.

In the Chronicles of Narnia we find McAvoy in the role of PAN (Mr. Tumnus) whose best buddy is the friendly neighbourhood Mr. FOX: 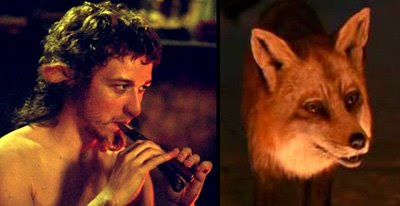 McAvoy (the Fox-lover) has been 'WANTED' and we find that the most wanted FOX of them all is Robin Hood: 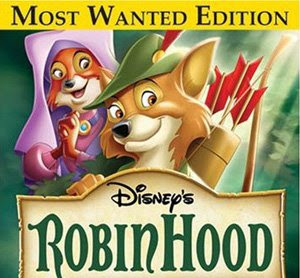 It's interesting then to find Morgan Freeman (Lucius Fox) starring as the side-kick Azeem in the movie 'Robin Hood: Prince of Thieves':

If we follow the Foxy Freeman to The Bucket List we find that his partner in crime is Jack Nicholson: 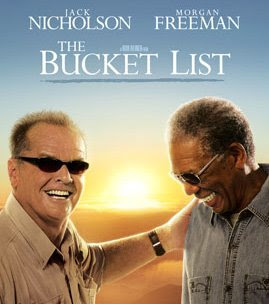 Jack Nicholson is of course the Wolf. Above we see the Wolf and are best friends. Jack Nicholson, Morgan Freeman and Michelle Pfeiffer have all starred in the Batman franchise (Why so Sirius?). Notice the W superimposed over the face of the Wolf: 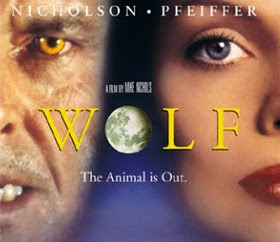 Freeman played the role of Lucius FOX in Batman, Nicholson was the serious Joker, and Pfeiffer was Catwoman, so if we look for a Batman connection we find a connection to the V, the were-WOLF, and the word EVOLUTION: 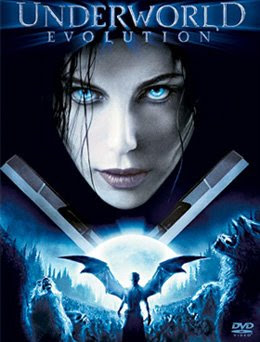 If we look at the movie 'EVOLUTION' we find a reference to the 3rd Eye and the actor David Duchovny: 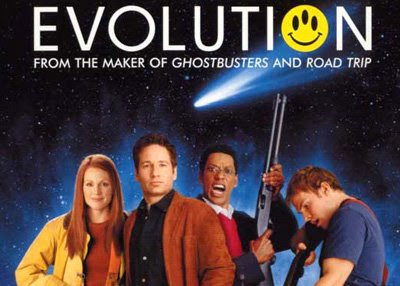 Duchovny is of course the FOX who wants to believe in a Pair of Pentagrams: 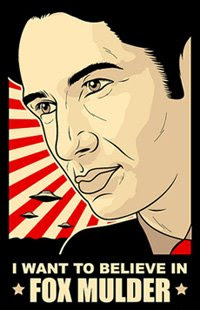 In the TV show agent FOX is replaced by the character John DOGgett who we see below in an episode of the X-Files: 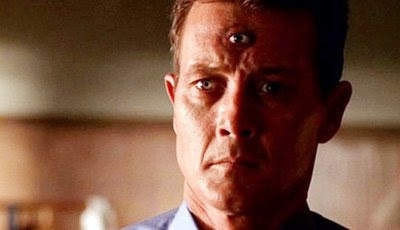 We've seen the Dog and the Fox becoming One so let's take one last look at the Wolf... 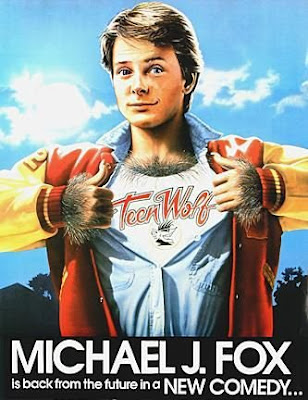 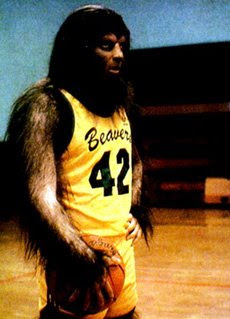 On the front cover of issue 15 of WHITE WOLF magazine (in the Tarot 15 = The Devil) we find PAN the Wild Wolf-Man, who holds the Ki to unlocking the floW: 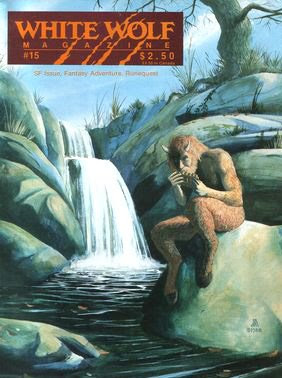 Posted by Arrowsmith at 3:15 AM