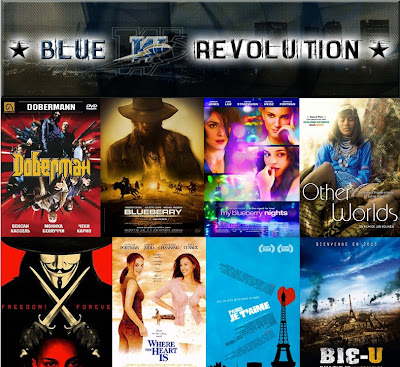 This one evolved out of the work of Jan Kounen. Jan is a French director who first made the film Doberman. It is a violent gangster film, and as the poster reveals Jan's Dogs where Seeing Red during that film.

Then he made the western Blueberry which is a great film that explores Ayahuasca and shamanic themes. The indigenous people in the film are actually of Shipibo descent from Peru.

In Blueberry the real Gold/Treasure is a strange shamanic plant brew that reveals and heals. This at the time in Jan's life that he began exploring the realms of shamanism and ayahuasca. He next made a documentary about ayahuasca called Other Worlds.

Jeremy Narby once mentioned to me how Jan makes totally different films now. No more violent seeing Red films, he is now seeing Blue and it is evident in the films he is now making.

He is becoming another Purple Jesus, born out of the Red Dawn.

The Blue Berry Night is the Natal Portal into the Great Big Blue Yonder.

It is the portal where there will be Freedom for Eve and where we will find our Heart
at the capstone of the pyramid of time.

Love, love, love the blue/gold theme. It's everywhere and feels so right! 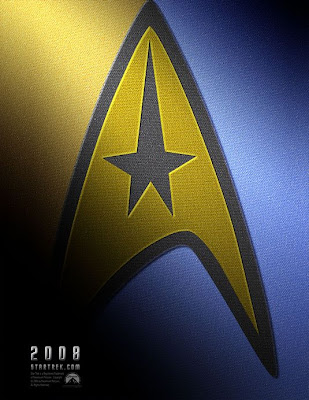 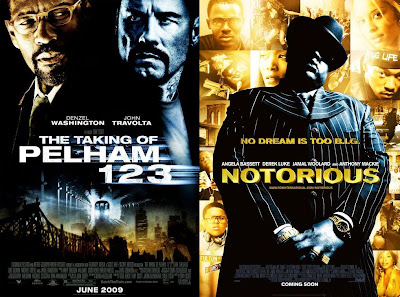 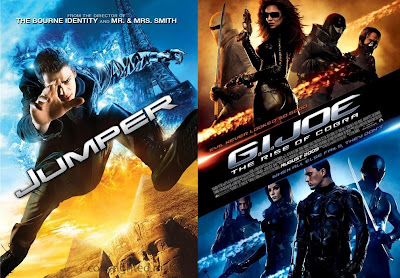 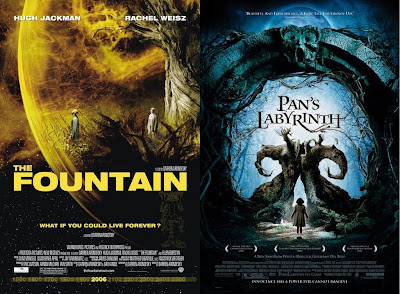 The currently popular Red/Blue theme seems somewhat antagonistic and oppositional in character.
Blue and Gold on the other hand seems to complement each other harmoniously, balanced...

Richard: If we back track to the Blue/Gold Star Trek logo for a moment, I noticed that when these two Kirk/Spock wallpapers combine the pattern of the Midnight REvolution is revealed once again: 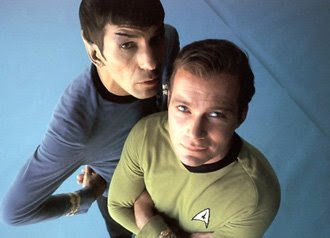 Are you willing to boldly go where no-one has gone before? 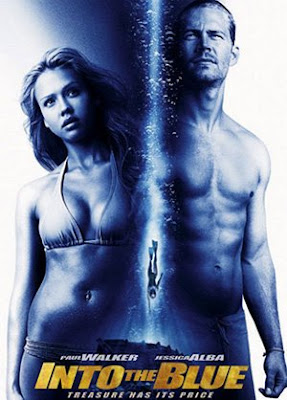 We find that the beautiful Alba is once again 'Into the Blue/Gold' in Fantastic 4. Her nemesis, Dr. Doom, comes in the form of the Hooded Tin-Man: 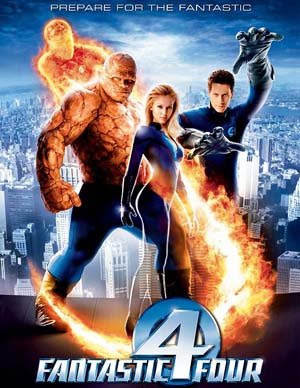 The same theme repeats itself in The Dark Rising: 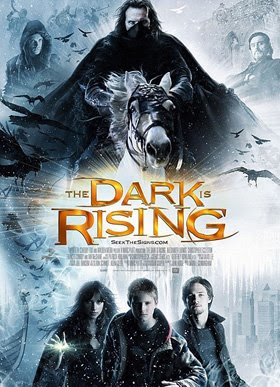 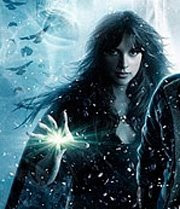 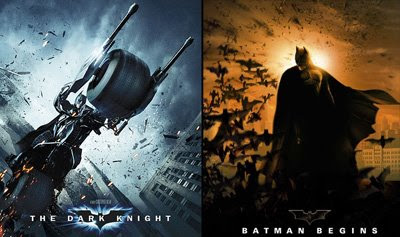 Jake pointed out in a previous post that Batman is another 'Blue One'. Here we find him in the Glasses of the Gold Commissioner, who was of course played in the movies by G.Oldman: 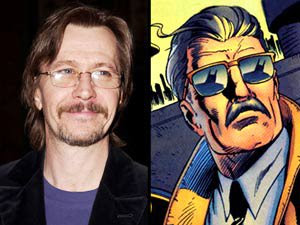 The 'Blue One' in the form of Optimus Prime is a protector of the Earth, a Tinman who has a special bond with Shi(v)a LeBeouf (Mutt) and the Fox/K9. The Blue One is an overseer whose here to help us as the transformation begins: 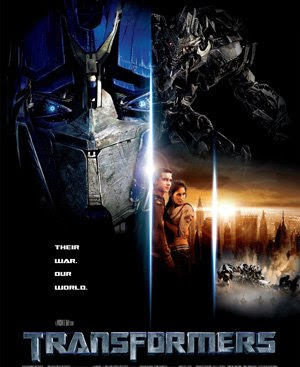 We find the Blue Tinmen in 'I Robot'. If we look at the other wiLL Smith movie featuring the Eye/I we find the Gold. In I am LEGend we also find reference to the Bridge and the Dog/Mutt/Shi(v)a/Sirius: 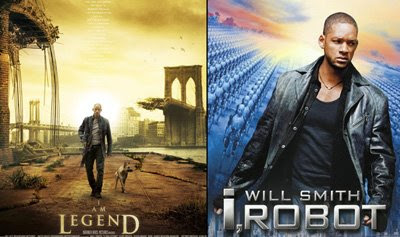 Follow the Eye/I and we find the Blue Gold. Notice the Eiffel Tower which we saw at the start of this post in Jims collage: 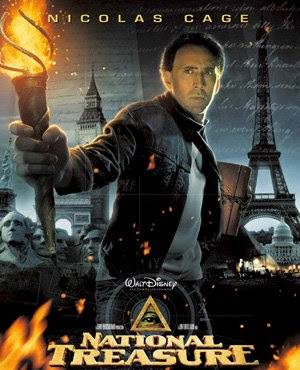 Nicholas Cage looks on as the 911 Towers collapse. The first RE of Gold bathes the world as this monumental event opens the StarG8: 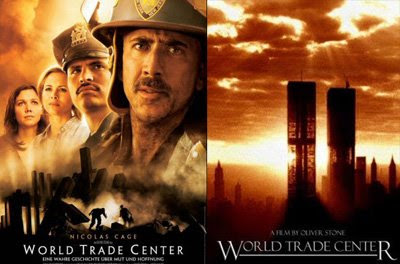 It might have felt like a conspiracy but when you see beyond the duality you realize that the Doorway had to open in order to allow in the Blue: 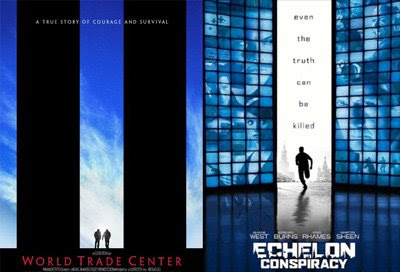 Oliver Stone, director of the World Trade Center movie, also made 'U-Turn'. Combine with the U-Dog and we have the same repeating colors: 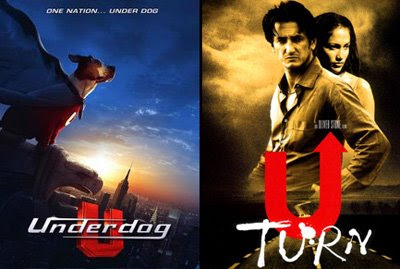 The Red U is of course the Red C when rotated.

Follow the U-Dog and again we have The Tower: 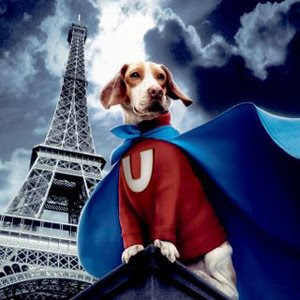 Above the Eiffel we find a direct reference to the B13-U or BLUE and the explosion which brought down the 9/11 Towers: 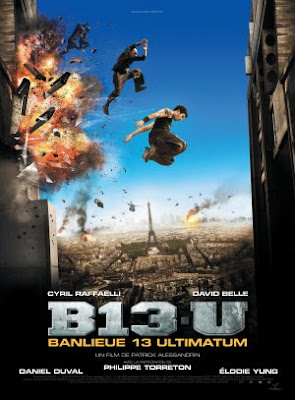 To finish up it's worth taking a quick look at The Cell which reminds us that the Blue/Gold is located within our Cells, the atoms/molecules which gives us the illusion that our world is solid. When we tap into the Cell we tap into our own genetics and awaken the Blue One within: 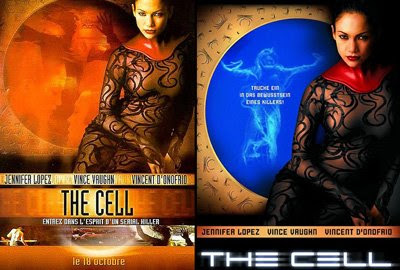 As J-Lo begins to go within to activate the Cells we see that her face is bathed in Blue. Notice the red ribbed outfit:

In the movie J-Lo must enter the mind of a madman named Carl and in the movie we see that Carls familiar/totem animal is the White Dog/Wolf:

In 'Bram Stokers Dracula' we find the G.Oldman (Sirius Black) starring alongside Keanu Reeves (Dog-Star). Draculas familiar is a White Wolf in the movie, he resonates with the Blood/DNA/Cell and he wears a red ribbed outfit which is nearly identical to one that J-Lo wears in The Cell: 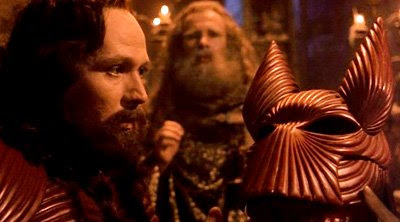 While at home we find J-Lo watching TV, beside which is a statue of the Buddha. The child on the TV struggles to remove a Blue collar (Dog collar?):

As the trippy cartoon continues we see two Mer-people with Red Eyes:

If that isn't enough a giant Blue Hand reaches down to pick up the collared child:

As she watches the TV we find extra emphasis placed on the Hand as J-Lo picks up a pillow which features this diagram:

On J-Lo's wall we see a painting of the Blue Shiva, a Sea Lion with connections to Africa (reminding me of a fellow G8or!), Archangel Michael and the symbol of the Open/Pierced Heart:

You might need to click on this image to see it properly, but we find a picture Mary/Isis with a Peacock (think of the Blue Peacock Angel 'Melek Taus') to her lower right:

Near the end of the movie the White Peacock makes an appearance...

With her fear overcome and the Cells within her body awakened to Khrist Konsciousness we see that J-Lo becomes the Peacock:

In the final scene we see J-Lo standing beside her Blue Car with her new pet in the form of the White Wolf: