A recurring theme in my interests and my writings is the context surrounding the spiritual and social evolution said to be underway as we transition into a New Age or New Aeon on planet Earth. According to Western Astrology, the Mayan Calendar, and countless other cultural resources, this particular time in Earths cosmic story is a time of transition into a Golden Age of enlightenment, expressed as fractals in the social and spiritual renaissances and revolutions of the turn of the century. This age change isnt something that just happens on a particular date, but is woven throughout the History of our modern time and is directly related to our collective pasts. According to one of the most respected yet controversial occultists of history, Aleister Crowley,we are living in the early years of an age of Spiritual Enlightenment that would become the transition into the fully blossomed new age of Aquarius. 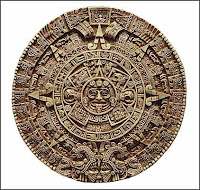 "in 1904, humanity would enter into a third aeon, the Aeon of Horus, which was controlled by the child god, symbolised by Horus. In this new aeon, Thelemites believe that humanity will enter a time of self-realization and self-actualization." 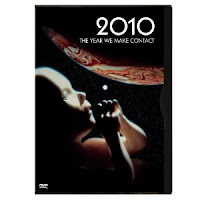 As Synchromystics like myself have noted that there are relationships between modern popular culture Stars in films and actual Stars and Constellations in the Night Sky. When we consider the history of astrology, and mythology we can see that humanity has used the cosmos as a source of documenting ongoing evolution and initiation into greater understanding of the world through things like Astrology and Mythic Drama. I've often found that by considering the movement of history, spirituality, and acknowledging how Synchronous stories, events, experiences, gods, insights narrate what we call "Tiime" we can greater understand these times and approach the future with a greater knowing.

As noted in my 3 part video above - Film a Thin Skin or Membrane - we look at how different cultures seperated by history and geography beleive that as Earthly beings we also arrive from and exist in a Spiritual Reality and that we have Spiritual body, also known as the Rainbow Body, Body of Light and the Subtle Body. I find that if these aspects of not only our existential composition are true, there are often unconscious expressions of this reality, expressed in Art and Mythos. I find that understanding and acknowledging the presence of these spiritual and existential realities can serve to remedy some of the materialistic and scientific ideas that have too strongly disconnected us from our metaphysical nature. 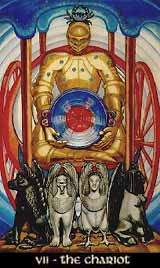 The Sign of Cancer which we are in right now is given to the Chariot tarot Trump, which is also known as the Merkabah, or the Spiritual Body of Light. The Golden Chariot pictured here is a symbol of Soul Consciousness. The Summer Solstice is the peak time when light is upon the Earth for the longest period, before the night time hours slowly begin to return to take dominance.Cancer/The Chariot is also given the Hebrew letter Cheth, or Ch. Which is interesting because it also pops up in such words  like the Sanskrit Chit Shakti meaning the Energy of God, as well as yeChida meaning unity which all things are from. When we connect to the Life Force, also known as Kundalini, our bodies and Souls are enriched with the highest Light of consciousness.

The Chariot points toward our Subtle Body, like this new 2012 Lipton Tea commercial I saw the other day and linked below resonates with our Soul Consciousness and Summertime resonating with the Solstice at Cancer/the Chariot. We resonate with Spiritual Truth.


"A subtle body is one of a series of psycho-spiritual constituents of living beings, according to various esoteric,occult, and mystical teachings. Each subtle body corresponds to a subtle plane of existence, in a hierarchy or great chain of being that culminates in the physical form."

I enjoy how this Tea resonates with Ayauasca and other Spiritual entheogens  too.


"One passes through the veil of the exterior world (which, as in Yoga, but in another sense, becomes "unreal" by comparison as one passes beyond) one creates a subtle body (instrument is a better term) called the body of Light; this one develops and controls; it gains new powers as one progresses, usually by means of what is called "initiation:" finally, one carries on almost one's whole life in this Body of Light, and achieves in its own way the mastery of the Universe."
-Aleister Crowley

The Chariot/Cheth is also the symbol for H(english) and 8 in Hebrew numerology. The connection to H is interesting because Cheth can be traced etymologically to mean Fence, Gate, Enclosure, Courtyard and so on. We can see the connection here to even the Chariot, as both the Chariot and the above definitions are something like containers of a kind, even so is our body for our soul and our soul for our spirit. 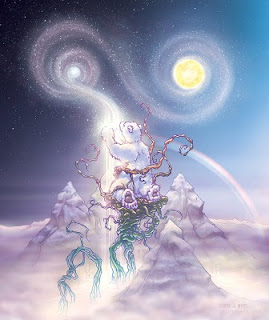 Cancers 2nd Decan is the Home of the Great Bear Constellation, Ursa Major, also known as Oso Blanco to G8ors and Shamans such as Jim Sanders and Juan Flores.

"This may be why, in Chaldean and Platonic philosophy, Cancer is called the Gate of Men, the oldest constellation and the witness of the first acts of creation. As the eighteenth of the Hebrew Paths of Wisdom, called the House of Inflowing, it was the gate through which souls descend after passing through the pillars of Gemini. It may have marked the polar entrance of the earth through which the souls poured in, and perhaps, when at her northerly extreme, it will be the exit through which they leave. The soul, having passed from the monad into the duad, now extends itself out through the vehicles of name and form in the domain of Cancer."
- Theosophy Trust

Cancer is also the home of the Beehive cluster.


If we follow the idea that Pooh represents the Tao, then when we break down the Characters of Winnie the Pooh, and the 5 Elements of the Pentagram, we can see how  Honey(Bees, Bears, Honey all resonate with Cancer/the Chariot). We see that the Element of Spirit/Tao is given the action to GO and that Winnie the Poohs latest Movie was released on 7/15 making 7=G and 15=O in alphabetic numerology. 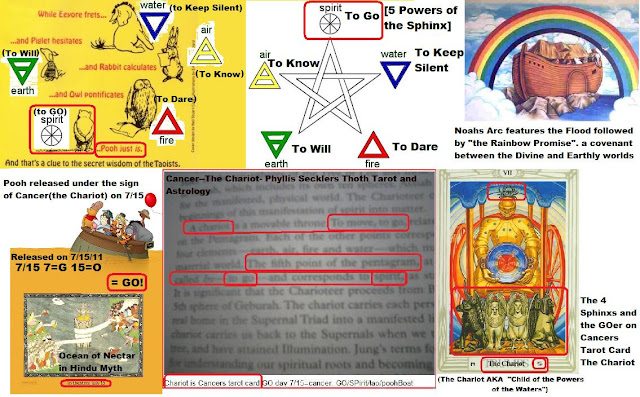 This year the crop circle season has been a good one so far for Italy with 9 formations reported so far.

The CC below was reported June 17 in Santena, Italy.  This is one year after the Green Lantern movie opened in cinemas. 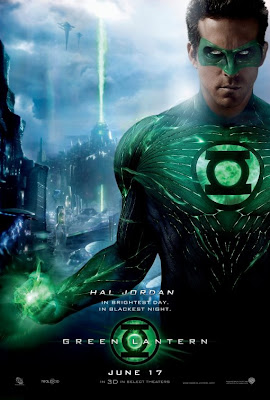 The CC above resonating with the eye of Horus, and subsequently the New Age that this post refers to. 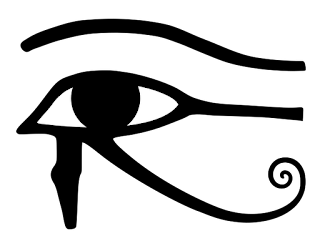 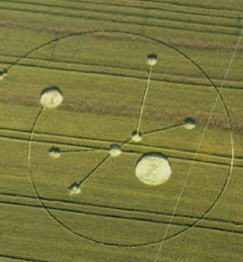 This CC also has a direct hit on Cancer too.  Note the 6 joined dots residing inside the curve to the right of the photo - they have been interpreted as representing the constellation of Cancer.  The circle at the end of the curve has been interpreted to represent Mercury with the larger circle next to the star-map representing the Sun. Further to these interpretations, the configuration of the sun, mercury and the Cancerian constellation is said to be in place on the fourth day of August this year. So this crop design is attracting the double rainbow number 84 via 8/4/2012.

84 correlates to the hepteract. 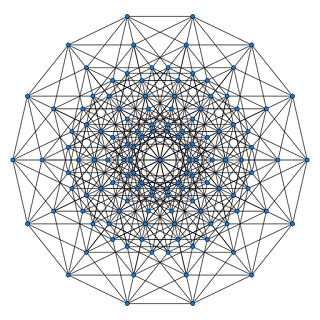 The hepteract is a seven dimensional hypercube with 84 penteract 5 faces.  7 dimensions - 7 chakras.  Not only does the hepteract resemble a chakra from the perspective offered above, but it also looks a lot like an eye.  The crop formation itself resonates with the green heart chakra. 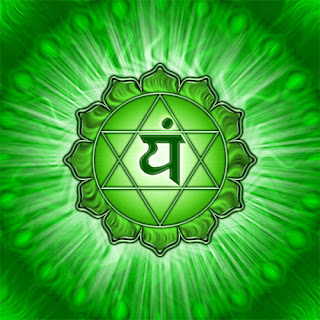 The 8th day of the 2012 London Olympics is 8/4.  The two Olympic Mascots Wenlock and Mandeville contribute to the 84/double rainbow factor when we view the myth of their creation:


Not only are these mascots tin people - tin's alchemical symbol sharing the same astrological symbol as Jupiter - but they are animated by a rainbow.  They set out on their pre-olympic journey via 2 rainbow bridges.  Wenlock and Mandeville of course are cycloptic - keeping with the theme of Horus and the New Age.


Mandeville even jumps into a chariot at one point: 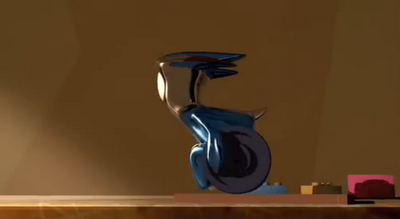 The shot above followed by the one below with Wenlock posing like Usain BOLT in front of a picture of the Olympic sprinting legend:


Wenlock and Mandeville's chariot resonance is implied too by their anatomy: 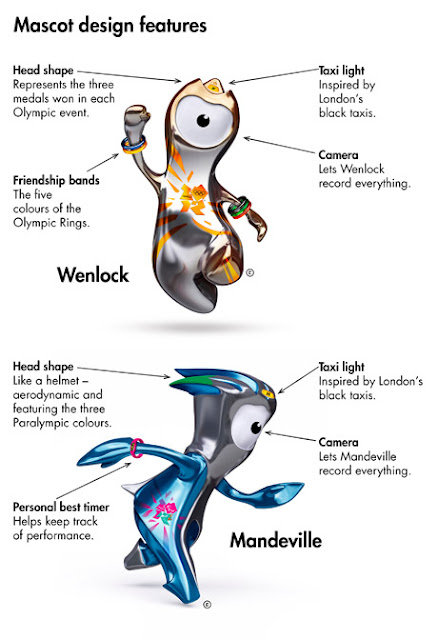 Both mascots have what is referred to as a "Taxi light" on their crowns.  Taxi's being vehicles of chariot resonance.  Wenlock's taxi light sports a "W" and Mandeville's an "M".  These features, when viewed together, can be seen as a reference of their duality which sprang forth from their original singularity as the M and W are flipped versions of the same glyph.


The themes covered in this post and the link Kevin posted above to the Sync Whole post ""GO POP - Asspiring unto the Crown" are, as Kevin eluded, still present today as we all continue to GO UP!


Presently there are communities residing on the internet that are abuzz with what they are referring to as the "Green Light".  The explanation of the green light is that it's the GO sign for lightworkers to commence their liberation  of earth from dark forces, facilitating ascension into a new golden age.

Further to this, Christopher Go has begun his 2012 Jupiter observations revealing that now Jupiter's NEB (North Equatorial Belt) is displaying activity similar to the disturbances he reported in the SEB (South Equatorial Belt) in 2010.  The north referring to the crown. 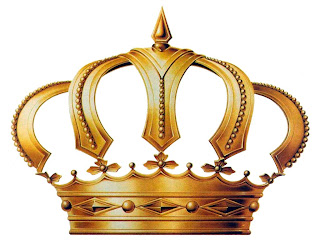 Omnidirectional peace to all

Just a little side-note to my entry above.

After adding my update to this post I got back into my Instagram flow.  Checking out what's been posted by those that are in my feed.  Insta went down over the weekend due to a big storm and I noticed that the break slowed my feed down a bit.  So I went into an area of the app that shows you what the people you follow "liked" over the last day or so.  I noticed that @GASLAMPKILLER had liked a photo by another Insta/Twitter user, @philnisco.  I delved a bit deeper, pressed the image and was greeted by the same Green Lantern logo as I had posted above, tilted by 90 degrees:

While I have been a fan of the World Famous Beat Junkies for 20 years, I've not been the most dedicated - I had no idea that they were celebrating their 20th anniversary, let alone on the day that I was drafting this post.  Congratulations to them.  And how lovely that they link into this here with a hit on the green heart/earth chakra theme.