Web of the Dark Night

Synchromystic video unveiling the ever present web of interconnectivity highlighted by tragic world events like 911 & the Aurora Shooting.
Posted by Jake Kotze at 9:59 AM 3 comments: Links to this post

Recently I took note of Blondie popping up in my environment, not thinking much of it until I realized that my band actually just recorded our Album in the same abandoned 18th century Operahouse as she did.  Getting into that space and sleeping there for 3 days was a real trip, and I had a funny feeling that now that we we're a part of its rich History, that I might want to have a look at what Blondies been up to.

Blondie just shot her video "MOTHER" in the back of Backstage Studio Productions, where my band It's Not Night: It's Space just recorded the first half of our full length record after having camped in the Operahouse for 3 days straight. This is Synchronistic because in my latest Posts I've detailed how my band seems to have an Aura that resonates with The Great Mother Goddess of Thelema: Babalon,the Scarlet Woman, Our Lady of Space. 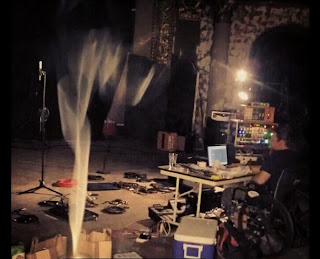 a Shot of our mobile studio in the back of Kingston NYs abandoned 18th Century Operahouse. What a cool and creepy place.

For instance by total chance our Liscence plate is 777 the Number of Babalon and it is her symbol which is the Seal of the Astron Argon, the Magickal Fraternity to which I belong. We bought a church van for traveling and decided to decal the car with "Church of our Lady of Space" for the heck of it.

Debbie Harry aka Mother aka Scarlet Woman in Videodrome

Videodrome is a great film which features an archetype I am specifically attracted to, the Membrane between the worlds of Spirit and Matter, Imagination and Reality. I have associated Televisions and films with Membranes to other dimensions in my blogging and writings, Videodrom emphasizes this quality expressly as well. 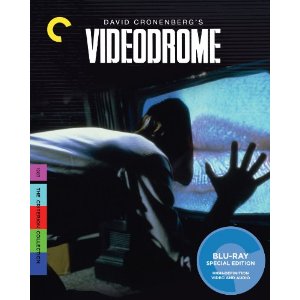 The Membrane itself being the fabric of totality continues to highlight why the Great Mother, or Mater/Matter, is attracted to this Membrane symbolism. The Goddess is the Womb/Membrane through which all things are born and return to, this is the Great Whore, the infinite membrane/womb of possibility. 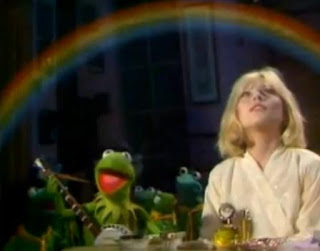 We can notice further interesting Synchronicity as we note DeBbie Harry sings "The Rainbow Connection" with Kermit the Frog on the Muppet Show. This song highlights the quality of the Rainbow that is shared with the Membrane/Great Goddess, and is another quality of Esoteric Symbolism that I have found myself attracted to.

The Rainbow is a Symbol for a bridge, a connection, a membrane even, between two worlds, the Spiritual and Material, the Self/Not-Self, the Imaginal and the Real. Interesting to note how Blondie, Mother, Lady in Red, Rainbows, can all resonate? The Great Mother Goddess can also be Maya, Illusion, it is in the world of Matter(Mater/mother) that we can perceive the cycles of Life and Death that have for long caused man distress. 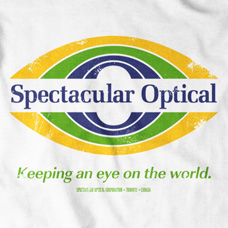 in  Videodrome the company creating the hallucinatory TV beam has a double rainbow resonating symbol, and a rainbow on the wall of their office headquarters too.


It is through seeing the Eternity and Truth within Maya within our bodies and time sensitive realities, and in the face and flesh of the Great Mother/matter, that we can truely live in direct relation to Momma Matrix Most Mysterious herself, and not just the Shadow of her sold to us by Materialists and Patriarchs.The Lady in Red is the symbol of our return to connection with the Divine Feminine, a spiritual current supressed by the  Monotheistic Patriarchal powerstructures that want to maintain their patterns of power. More meditation on these subjects soon. Much Love Yall. 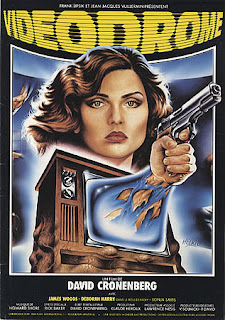 Posted by Indras Net at 2:09 AM No comments: Links to this post