SyncJacked Surrogates
'
A Synchromystic Mashup of the film Surrogates and the Media coverage of the Boston Bombing. Peace and Love to all affected by such events.
Posted by Indras Net at 6:33 PM 3 comments:

ARMED With a DREAM from Jake Kotze on Vimeo.

I'm scrolling through a big list of movie torrents, searching for something that my daughter might like to watch, and I spot the City of Ember.  We haven't seen it in years so I clicky clicky and save it in my movie folder. 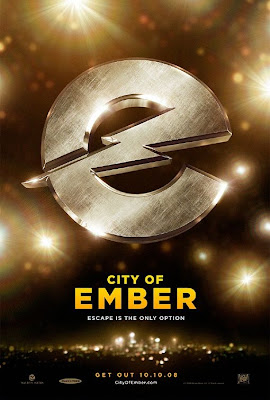 I'm skyping William Morgan @Satoriallme and he mentions the City of Ember.  Before I have the chance to tell him that I 'randomly' downloaded the movie the previous night he shares an interesting sync about The Prophet of Yonwood, the 3rd novel in the Book of Ember series. 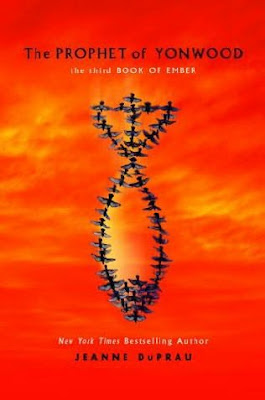 Will's daughter has been reading The Prophet of Yonwood and she recently pointed out to her dad that the story focuses on a conflict between USA and the 'Phalanx Nations'.


Apparently one of the Phalanx Nations is North Korea, a country which has been making all the headlines lately.

In The Prophet of Yonwood the conflict results in the Earth's surface being scorched (judging from the book cover a nuke is dropped) and the survivors retreat to a giant underground bunker called the City of Ember. 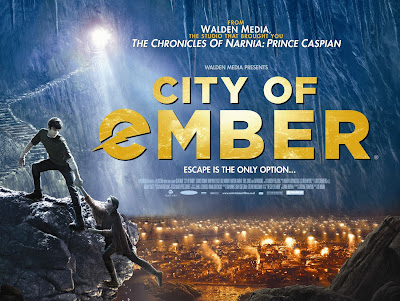 When I came off the skype with Will I was super curious about the movie so I decided to watch it with my kids that very night. 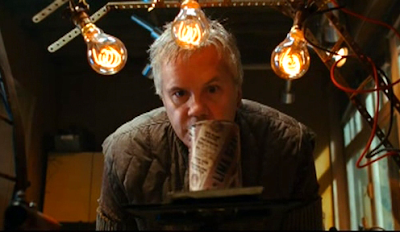 In an early scene Tim Robbins is lecturing his son and tells him:

Sounds very syncy to me.

One of the things that I've been paying close attention to is Room 17. 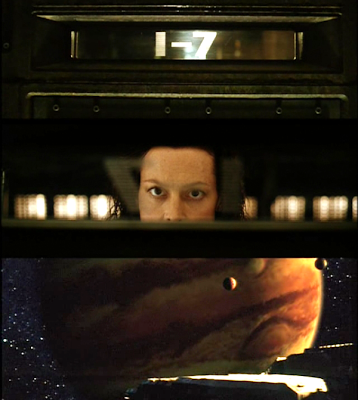 I first noticed it in Alien Resurrection where Ripley enters Room 17 as her ship passes the planet Jupiter.

The next one was in Catch Me if You Can. 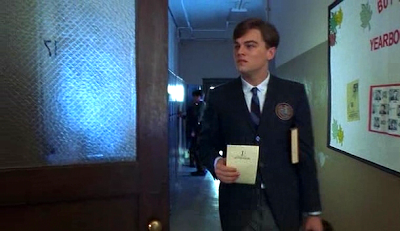 Leo DiCaprio pretends to be a substitute and teaches French in Room 17. 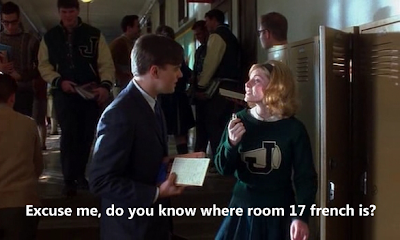 Leo stands in front of a row of lockers while he asks directions.

In the City of Embers the kids follow the clues and discover a secret entrance behind locker 17. 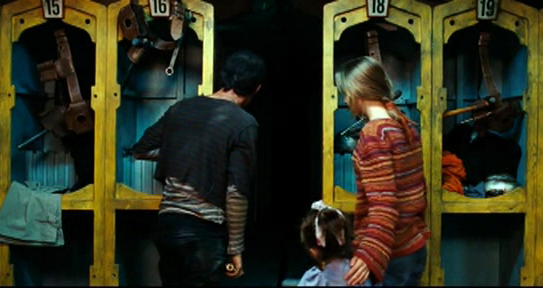 I like how the movie poster places emphasis on this moment. 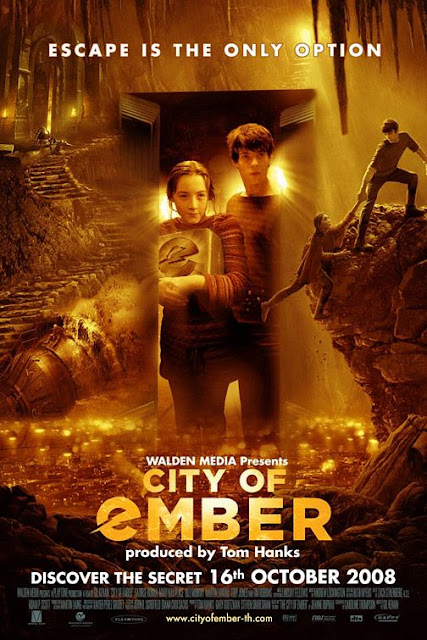 12th April 2013
I'm thinking about actress Saoirse Ronan who stands inside the entrance of locker/room 17 and is also linked to North Korea and nuclear attacks via her role in City of Embers. 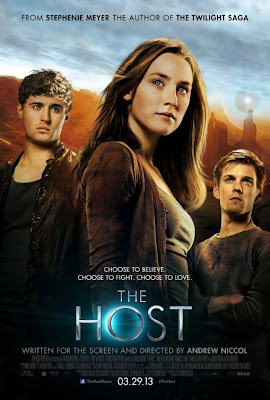 She starred in last months big release 'The Host' so I checked out her IMDB profile to see what else she's been involved with...and guess whose birthday it is today? 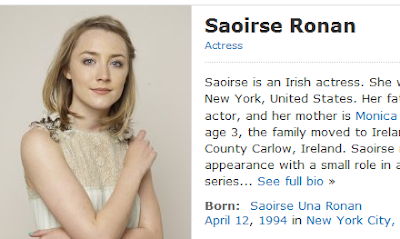 Later I was listening to the radio and heard John Kerry talk about the Korean threat:


"If North Korea decides to fire a Musudan missile, which they have threatened to do, it would really be one more unnecessary, unfortunate, unwanted contribution to an already volatile, potentially dangerous situation.  So it would indicate who is really being provocative with an exclamation point...." 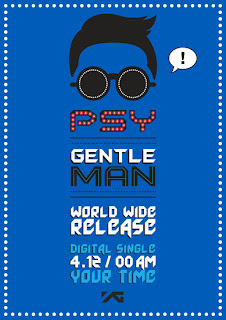 On the same radio show I learn that Korea's biggest global superstar PSY has made the music news with the release of his latest single. 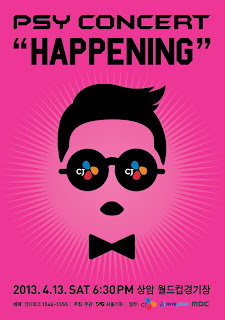 I like how the Happening artwork bleeds through into todays events.

Things falling from the sky. 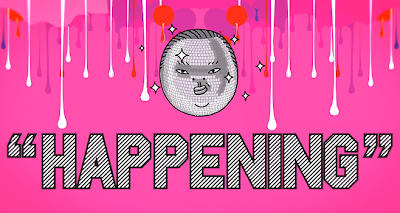 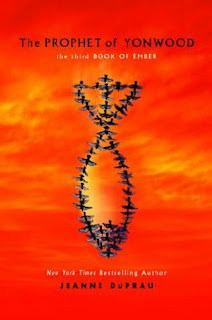 I love this Fish connection as Saoirse Ronan played Susie Salmon in The Lovely Bones. 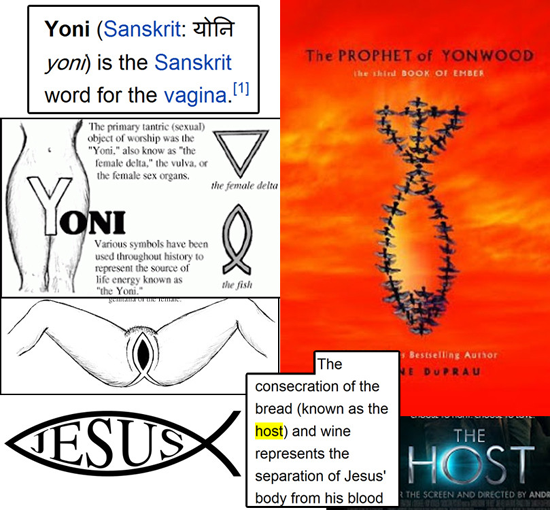 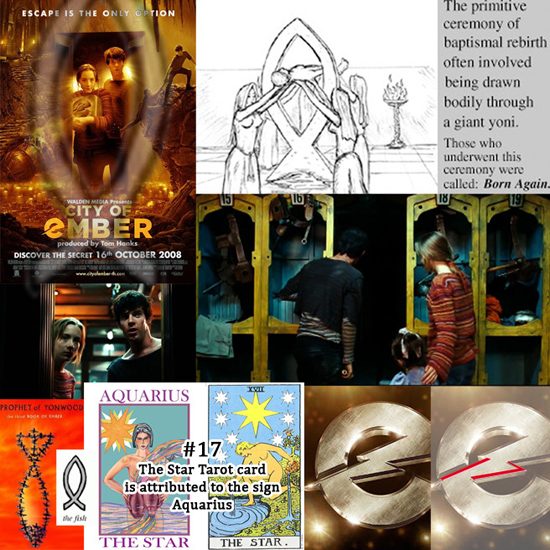 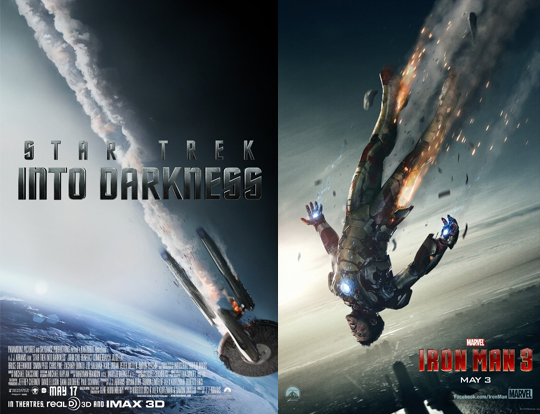