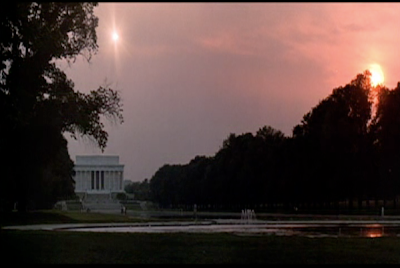 The film 2010 ends with a perfect alignment of the Lincoln Temple and the Jovian second sun.
What was once only remembered in temples, monuments and the minds and hearts of men, is now fully realized and manifested for all to bear witness to.
Jupiter shines and the joy becomes tangible for all.
Jake mentioned that I had been led to think about Mount Rushmore. I sure have. Hopefully soon I can do a post. But if anyone has insight on it bring it forth. I do know it is used more than any other place as a location for secret bases, and as Jake has mentioned Janus Jupiter Abe's head is there as well.
One example being Mr. Majestic who uses Mount Rushmore as his secret base in the alternate universe that he lives in.
Notice in the image below his alignment with both the moon/27 and jupiter42/. 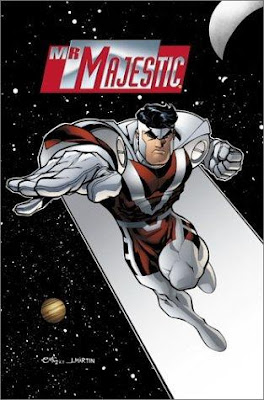 Richard: I've got one for ya. In The Truman Show there's a scene where Jim Carrey is looking through an old photo album with his MoM and wife. They hone in on this image of young Truman in front of Mount Rushmore and the head of Abe. Is that a Blue Star on his cowboy hat? 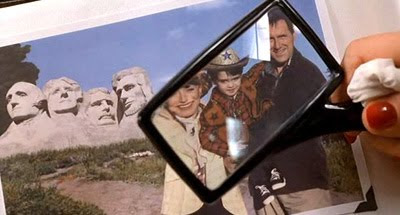 It's interesting that Truman/JC begins to awaken from his slumber thanks to the help of a Blue Star called Sirius. 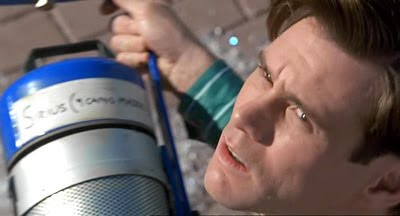 The Dog-star is another candidate for our binary partner, or Second Sun, but I've now come to believe that it's simply another arrow which points to the jovial floW of goD. 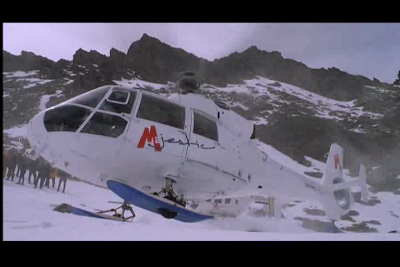 Been re-watching Vertical Limit because the Bond Lady Izabella Scorupco from GoldenEye (see recent post about Janus for more GoldenEye syncs) happens to head up the mountain K2 along with our 2 Robins, Robin Tunney and Chris O'Donnell (Robin in previous Batman franchise).

Bill Paxton plays a millionaire who is climbing K2 to promote Majestic Airlines. Tunney is part of the crew who must help Paxton ascend. 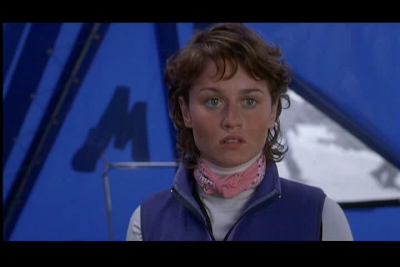 Here she is in shot with the Majestic M.

Perfect that Jim brings UP his own Majestic syncs right as I am seeing these shots. Sync and entrainment in action.
Further in keeping with the Mr. Majestic comic Tunney has interacted with Jupiter twice by my count, so far... 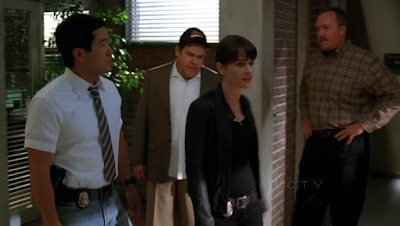 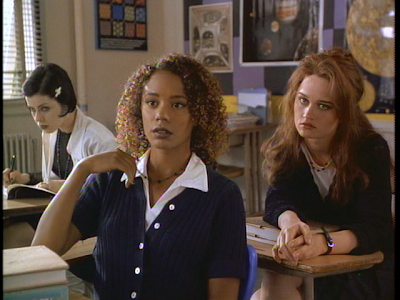 The Craft DVD extras with Jupiter poster sync winking behind. 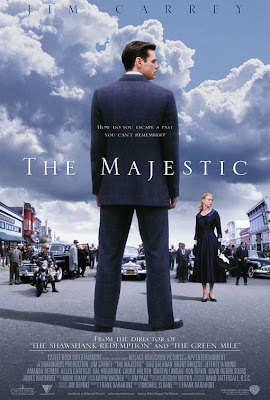 I like how this poster for The Majestic StarRing Jim Carrey has the word MAJE highlighted by hitting Jim's body. 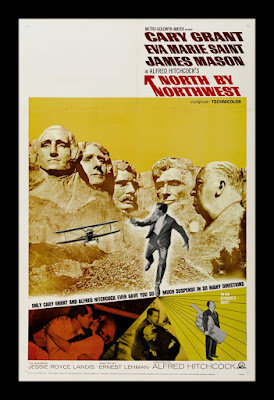