Have Mercy Mercury (with a slight bit of reminiscence)

Due to damaging code that would not let me add to the post 2010 Matirx Codeine I have added my addition here, which will not make a bit of damn sense unless that post is investigated. 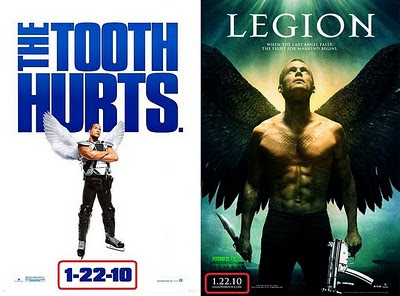 On the publishing of this particular part of this post we have the date 1-22-10 as shown in the movie posters above. With a little dissection we have 12-21 both halves for the Jupiter twins 24 and 42... So with the hint of angels and Jupiter we now must investigate what angel has anything to do with Jupiter. And we find Zadkiel.

To those like myself unversed in Angel Mythos we'll just keep this simple.... Or try to. According to Jewish Mysticism via the Kabbalah tree of life we find ten Seperoths or Circles. Each of these "Circles" have magical correspondences under the theory that once something is connected to something else that it shall always be linked to the same through out history(sounds like quantum physics if you ask me). This is "same same" with Sycro, infact it is very simple, Abe Lincoln would not be named Abe if not for the Abe in the Bible. If you go into a pizzeria called The Fall of Rome, then the pizzeria and the true fall of Rome are intimately connected.... If Rome never fell then there would be no pizzeria. Or else it would be called something like Little Caesar's....

So with that in mind we look for the Kabbalah correspondence to Jupiter and we are introduced to Chesed or Mercy.

One group of Correspondences is seen in the Table above... We see the 4th Sphere labeled Chesed with the association to the animal dolphin.... Chesed has a planet and Ancient God association with Jupiter as well as Tin and therefore Jupiter's Beautiful symbol(as well as Tin's Symbol) is usually found within that Sphere. I've seen many a Kabbalah help books sight the similarities to the Jupiter Symbol and the number four, only Sync heads see the 4 2.... To my knowledge at least. 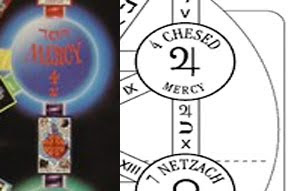 So the Chesed = Jupiter = Blue Hand(also a name given to Chesed) = Tin = Dolphins.... Get it? If I continue on this Table of Correspondence I find as well that Chesed has a designated Angel and it's name is Zadkiel. 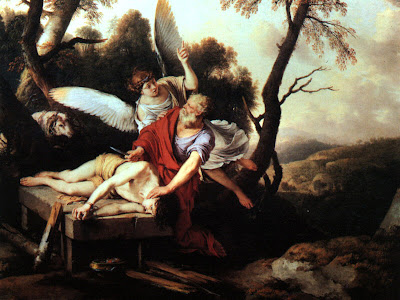 Zadkiel is favored to be the Angel of Mercy for it is the one who stopped Abraham from killing his son... Seen above showing the way UP with JUPiter finger.

The story goes as such. Abraham is told by god to kill his son Isaac... So he travels with his son to said mount that god has given and has his son hike up the firewood for the sacrifice. Isaac is clueless and says...

"God's will provide one."

And as the old man is ready to cut his son's gullet enter the angel of Jupiter/Mercy to give Abe a Ram instead..... Lucky Abe.

JaWeS ; I started to read some Manly Hall again ... I'm posting what caught my attention today.

The Alexandrain Serapis
Serapis often shown standing on the back of the sacred crocidile, carrying in his left hand a rule with which to measure the inundations of the Nile, and balancing with his right hand a curious emblem consisting of an animal with three heads. The first head - that of a lion - signified the present; the second head - that of a wolf- the past; and the third head - that of a dog - the future. The body with its three heads was enveloped by the twisted coils of a serpent. Firures of Serapis are occasionally accompanied by Cerberus, the three-headed dog of Pluto, and - like Jupiter - carry baskets of grain upon their heads.

Abraxas when added together result in the sum of 365, just like Mithras. Serapis was called the Theon Heptagrammaton, or the god with the name of seven letters, like Abraxas and Mithras.

The Thunderbolts of Jupiter are emblematic of his disintregrative power; they reveal the purpose of death, which is to rescue the rational soul from the devouring power of the irrational nature.

Esoterically, the Hanged Man is the human spirit which is suspended from heaven by a single thread. Wisdom, not death, is the reward for this voluntary sacrifice during which the human soul, suspended above the world of illusion, and meditating upon its unreality, is rewarded by the achievement of self-realization.

"Behold the Light of Egypt! This Light which ye behold is the secret luminance of the Mysteries. Whence it comes none knoweth, save the 'Master of the Light'" ... the heart changed into an ibis, and the brain into a shining emerald. In Its hand this mysterious Being bore a winged rod, entwined with serpents. "All hail Thee, Thoth Hermes, Thrice Greatest; all hail Thee, Prince of Men, all hail Thee who standeth upon the head of Typhon!" At the same instant a lurid writhing dragon appeared - a hideous monster, part serpent, part crocidile, and part hog.

Thoth Hermes Trismegistus is known for reforming the calender system from 360 days to 365 days.

This light that is Thoth Hermes is the Green Sun, or is atleast a Green Light. Which is also the speculative color of Black holes.

The Mayans had three calenders, one was a 360 day (lunar?), one a 365 sun calender and another I guess the long count

to-get-her
thank you for finding me

I was thinking today about the fact that our friend Doug Jones is in the movie Legion as the Ice Cream Man.... Doug Jones is an individual that was looked at way back in May 2009 by the collective here at the Sync Whole.... He has played the Angel of Death in Hellboy 2 and the Silver Surfer which is easily associated with the Angel of Death as well. He is to star in another movie title the Angel of Death come soon.... He is best known for his blue "Fish-Borne" god(or devil) character in Hellboy.... His name in said franchise is Abe (actually Abe Lincoln is mentioned believe it or not. I didn't and still don't believe it).... That is one Able Angel. And really puts a twist to the topics we find here. Please visit or revisit the first post called "Have Mercy"(that reusing of the title was merely coincidental or a least unconscious) which goes everywhere from spirit palms to 911 and ends with the Eye-Full tower... I can't believe the work we've done here sometimes. I mean honestly.... Really!
Jim:
I watched Men Who Star at Goats last night. Sorry if I point out syncs that have already been revealed. My memory is mush.
Noticed another George "Galactic Centre" Clooney sync with the number 27. 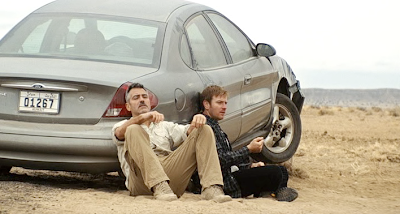 Which reminds me of the last GClooney sync with the number 27 from the movie Fantastic Mr. Fox. 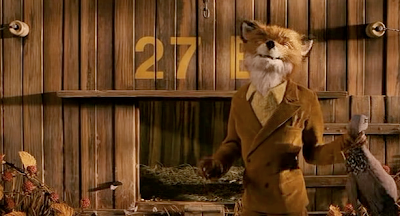 Jake has been equating the 27 with the Moon which is the stepping stone for the journey to Jupiter and beyond. Just like in the films 2001 and 2010 where the humans follow the Black Monolith down this path. 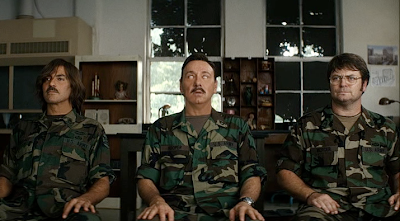 Later on this cosmic journey reveals itself when GClooney is testing his psychic powers by guessing what the photo is of in box K-9. He is gone past 27 and the Moon and now he is honing in on Jupiter. 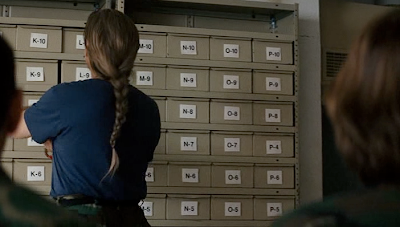 He guesses right. It is a man sitting on a chair. Or in this case, it is Abraham Lincoln, our Jupiter resonating person du jour, as we now know that the Lincoln Memorial statue is modeled after the Temple of Zeus.
Now GClooney has gone from Moon to Jupiter with a wink towards Sirius as well, as the box chosen is K-9, or Dog (think Dogstar).
Jupiter is OM. Jupiter is hOMe. 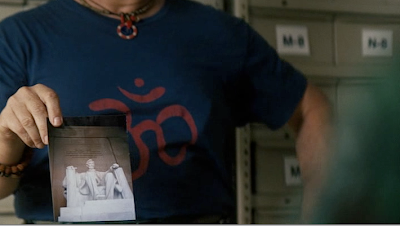 JaWeS: 27 / 72 and 37 / 73 are all intimately related as they all related to nested platonic spheres and specifically the numbers used in Bible studies to describe many different things, mostly about Jesus ... seeing GC poke his head around the 27 rubix cube number is nifty but GC is 73 / 37

That Fantastic Fox movie is reviewed at my website here.
Posted by A Few Shots to Shaman at 10:10 PM