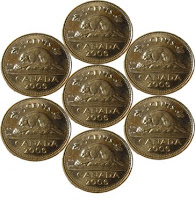 "Long before Freemason and First Nation the beavers hard work had already prepared the beings nervous system for the download from space containing the blueprint of how to build the sacred lodge."

They connect through money by way of number 5. Jonny number 5 reassemble/build us Step-hanie!

Take a Step UP! 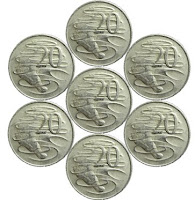 What do you get when you give a beaver a biLL? A Platypus-sy?

The Platypus is exclusive to what part of the world? OZstralia.... beeotch!

I dig the blue flowers

As I fell asleep last night I noted the Abraham / Abracadbra sync in my head. Then at work this morning while reading Manly P. Hall I got to page 152 where he speaks of this word. Then I come home and find Jon beat me to the punchline. Well for what's it worth here's some more Manly

"But the slow progressive disappearance of the Bull is most happily commemorated in the vanishing series of letters so emphatically expressive of the great astronomical fact. For ABRACADABRA is The Bull, the only Bull. The ancient sentence split into its component parts stands thus: Ab'r-achad-ab'ra, i. e., Ab'r, the Bull; achad, the only, &c. -Achad is one of the names of the Sun, given him in consequence of his SHining ALONE, -he is the ONLY Star to be seen when he is seen - the remaining ab'ra makes the whole to be, The Bull, the only Bull; while the repetition of the name omitting a letter, till all is gone, is the most simple, yet the most satisfactory method that could have been devised to preserve the memory of the fact; and the name of Sorapis, or Serapis, given to the Bull at the above ceremony puts it beyond all doubt. * * * This word (Abra-cadabra) disappears in eleven decreasing stages; as in the figure. And what is very remarkable, a body with three heads is folded up by a Serpent with eleven Coils, and placed by Sorapis: and the eleven Volves of the Serpent form a triangle similar to that formed by the ELEVEN diminishing lines of the abracadabra."