The ROLAND JUPITER 4 has been used by many influential music groups. My sync goggles pick up a few notables.

The Jupiter 4 was used by many new wave groups. The music it produced inspired many Jupiter resonant themes. Such as Level 42's use of the Rainbow, 42 and Love. 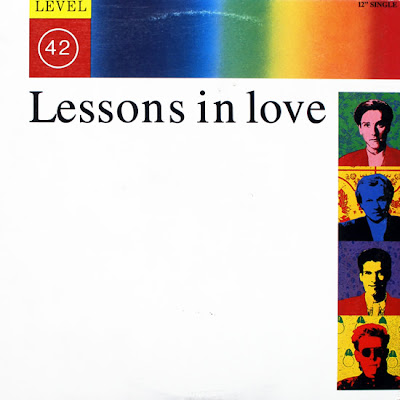 Or Level 42's use of the Blue Sun and head of Hermes all framed by a lightning bolt. Are those the two trade towers in the back? 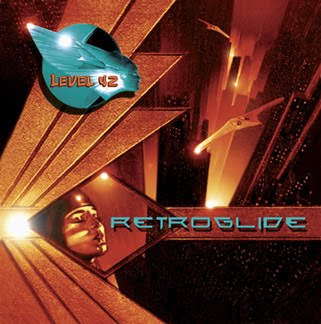 Phil Oakey of the Human League says "The Jupiter 4 will be tattooed on my heart forever." 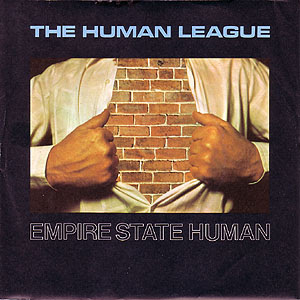 Notable musicians/bands known to have used the Jupiter-4

In the movie 2012 the government made boat, that is used to save humans, is called an Ark. It is Ark number 4 that is opened for the common masses originally not let on. it is the Ark with Heart. Jupiter 4. The Ark of Joy.
Interestingly enough, this screen image I took of the Ark 4 is pic number 42 and it is 124 KB in size. 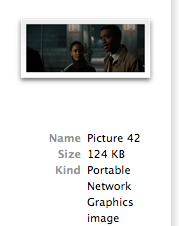 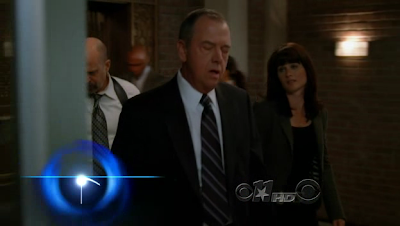 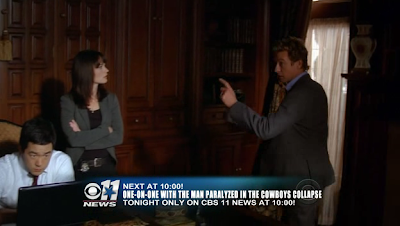 Above a pentagram Blue Star entrains with Tunney as Patrick Jane points Jupiter finger at Lisbon. This Blue Star is placed between two 1's or pillars. It is the Blue Light of the Blue God/Sun/Son/Star of Joy, radiating between the holiest of holies.

The Blue Sun - the peace beyond all understanding - coming from between the space of the duality of 1's.

Richard: Curious about the Jupiter/Blue Star connection I came across the 'juniperus squamata blue star', a plant which is simply known as the Juniper Blue Star: 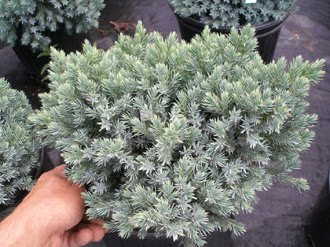 The Juniper/Jupiter connection first came to my attention while watching Jakes vid Jennifer Jupiter where he used the song 'Jennifer Juniper' as a backing track.

Juniper is a plant which has obvious resonance with the planet Jupiter, but according to Wikipedia, Juniper is also closely associated with the Blue Star called Sirius: 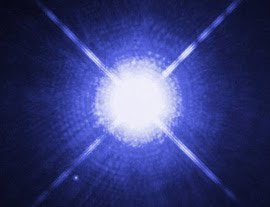 I have absolutely no idea why Juniper and Sirius are linked, but I like the connection. I often find that synchronicities involving the planet Jupiter often overlap with those involving Sirius. The bleed-through often makes me think that they have some kind of special relationship with one other, or simply point to the very same thing. Jupiter and Sirius both entrain with 'the Blue One' and both seem to be sign posts which direct our attention towards God (the doG who makes things floW).
In my early days as a sync-head I started to associate the Blue Star Sirius with the Black Dog, which brings to mind this movie starring the late Patrick Swayze: 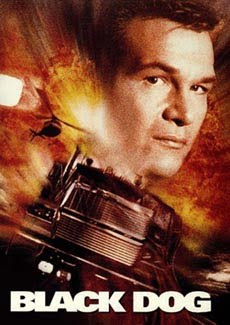 In Kevins video Follow the 42 - The Dog Star and the Rabbit Hole he showed that Sirius (like the planet Jupiter) seems to entrain in many ways with the number 42.
Here's one example that Kev highlighted from the movie Ghost:

If we combine the Black Dog and the Ghost (two movie titles which star Patrick Swayze) we arrive at the 'Ghost Dog': 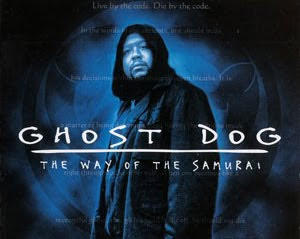 We see in the image above that the Ghost Dog, played by Forrest Whitaker, is, at its essence, a Blue goD, or Blue Star.

Forrest Whitaker (Ghost Dog) starred alongside Patrick Swayze (another Ghost Dog) in the movie Powder Blue. Notice that in this poster we find the Blue Hand in close proximity with a Blue-skinned Ray Liotta (a Blue Ray, or Blue Star): 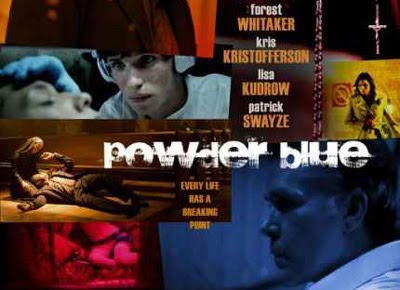 The Powder Blue tagline is:
'Every life has a breaking point'
This 'breaking point' reference made me think of the movie Point Break: 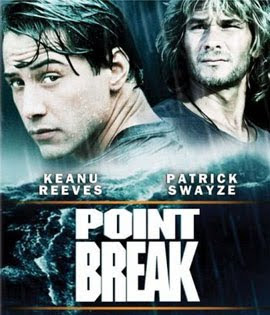 In Point Break actor Patrick Swayze (the Black Dog) starred alongside Keanu Reeves (bass guitarist for the band 'Dog-Star'). By combining these two actors I found a nice reference to the Black Dog Star!!!

This also brought to mind the fateful date of 9/11. 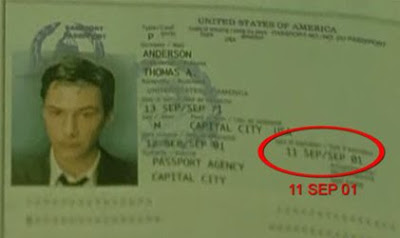 Earlier in this post Jim mentioned that he found a subtle reference to the Twin Towers in the background of this Level 42 album artwork:

Jake also pointed out that the Blue Star could be found inside the number 11, symbolic of the Twin Towers, in this CBS logo:

One of the first posts I ever read over at Live from the Logosphere was Sirius: The only animal to die in service on 9-11. Kev pointed out that a dog named Sirius was the only animal reported to have died on 9/11. He died in his kennel beneath the WTC when the Twin Towers collapsed on top of him. Kev showed that this 'Salute to Sirius' painting was privately commissioned for the NY/NJ Police Department K-9 unit: 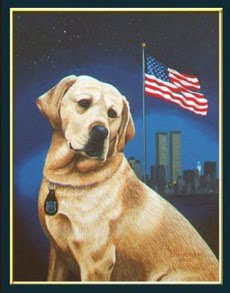 Maybe the spirit of Sirius still lingers near Ground Zero to this very day. Maybe he became a Ghost Dog... 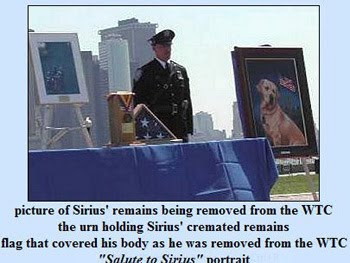 The point of bringing this up is that Sirius has more than one thing in common with the Twin Towers. Some believe that this 7 pointed star, which is often found between the Twin Towers/Pillars in freemasonic art, could be symbolic of the Blue Star Sirius, our 2nd Sun: 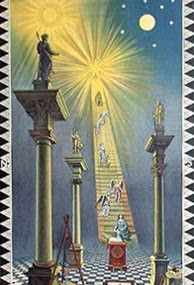 The Hopis referred to this 2nd Sun as Saqusohuh, the 'Blue Star Kachina', and prophesized that it's return would herald the arrival of the Fifth World. The arrival of our 2nd Sun, which seems to play a prominent role in Hopi legends and Freemasonry, seems to signify the completion of the New World Order (NWO), or the Newly Ordered World (NOW).

Here's one final thought on the Blue Star.

Several months ago I recall reading about another candidate for the Blue Star. In this 2012rising article I learned that some people believe that the identity of the Blue Star Kachina may in fact be the Comet Holmes which appeared in our skies in the year 2007 (27). 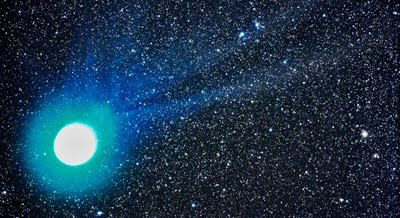 Wikipedia: 'Comet Holmes is a periodic comet in our solar system, discovered by the British amateur astronomer Edwin Holmes on November 6, 1892. Although normally a very faint object, Holmes became notable during its 2007 return when it temporarily brightened by a factor of about half a million, in what was the largest known outburst by a comet, and became visible to the naked eye. It also briefly became the largest object in the solar system, as its coma (the thin dissipating dust ball around the comet) expanded to a diameter greater than that of the Sun.'

I find it interesting that the movie Sherlock Holmes was released on the day that the Son/Sun of God was said to have been born. Notice below that Holmes (resonating the Comet/Blue Star Kachina) is also found between the Twin Towers: 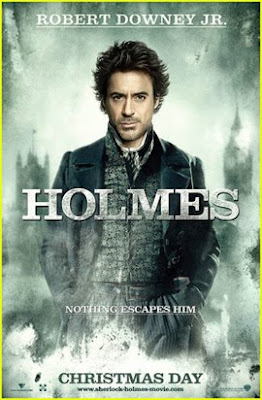 By following the trail of Comet Holmes I was ultimately lead straight back to the Black Dog. 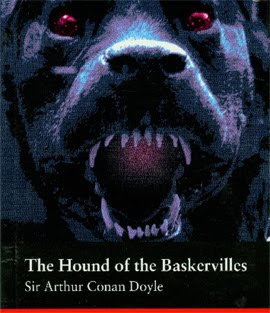 As Jake said earlier, regardless of the identity of the Blue Star (be it Jupiter, Sirius or even Comet Holmes) it all seems to point to the Blue Light of the Blue God/Sun/Son/Star of Joy, the holiest of holies which radiates from within each and every one of us.

it's also worth noting that actor Robert Downey Jr. (the Comet 'Holmes' surrogate) is marked with the number 27 in this Tinman poster: 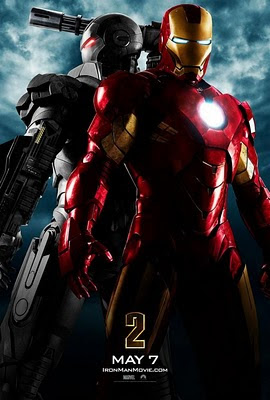