primer flash back 1 and 2

I was required to make a Thesis within my last year at Pratt. I was to write a book. The building I was conceiving was a Labyrinth. The book I am about to discuss is about a Man who renounces his life to undertake to impossible tasks ... to write a vast and intricate novel, and to construct an equally vast and intricate labyrinth, one "in which all men would lose their way."

For what it's worth, my labyrinth did not look this
a forking path of crossing roads

Jorge Borges' "The Garden of Forking Paths" is the first example hypertext which Borges invented, "a story that can be read in multiple ways ... Not only did he arguably invent the hypertext novel—Borges went on to describe a theory of the universe based upon the structure of such a novel" 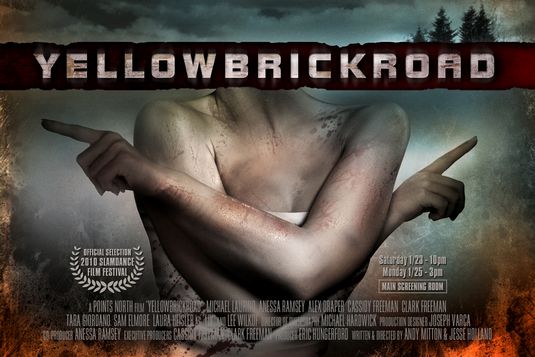 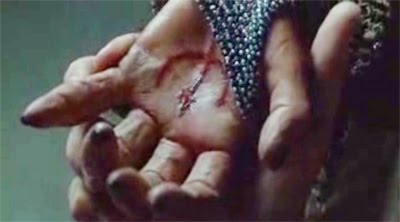 Planet of the Ape Slaves

The Ring of Fire is the Oroborus, Yod is the Spirit Palm ... it is a flame and the foundation of everything much like the golden Light of the Lion's Roar. Yod is an L shape a ... it is a directional pointer, it moves from the Divine Center downward to created form, and it moves horizontally known as the doorway. Yod is an indication of three forks in the road much like the Trident (Down, Sideways and Center). This Flaming Yod is the base factor of a Torus and from this flame all the shadows it can cast create the totality of language, namely the 22 Hebrew letters. This doughnut is said to be the shape of everything, this is the shape of the Ouroboros and please tell my why searching for a picture of Yod results in pictures of Ophiucus. Keen Architects and Morphologists know that a Helix is a combination of L shapes. The L's are stacked and rotated. This is the root Euclidean for the spiral helix construction. The Yod is discussed esoterically in both the print form and the cursive form, thus resonating the Euclidean / Non-Euclidean dualism of, for lack of better words, Circles and Squares, concentric vs orthogonal, hyperbolic vs something constrained like orthogonal ... its just that in the Non Euclidean world an infinite number dimensions exist ... somehow the fifth parallel postulate makes clear the presence of multiple dimensions.

Do you like Circles? I can't recall if I've posted that before, inside joke

Once I dared Poseidon to test me. I was expecting a wave but got UnderTow.

Once I regretted never having experienced a broken bone and very shortly after while singing Beck's "I am a loser baby so why don't you kill me?" I was given four broken bones and two brain hemorrhages.

Bozo Nightmare ... In the time of Chimpanzees

the Rainbow Bridge and the Oroborus
appear correlative in Gnostic Art

"The Supreme Being - the Mind - male and female, brought forth the Word; and the Word, suspended between Light and Darkness, was delivered of another Mind called the Workman, the Master-Builder, or the Maker of Things ... The Workman passed as a whirlwind through the universe, causing the substances to vibrate and glow with its friction. The Son of Striving thus formed Seven Govenors, the Spirits of the Planets, whose orbits bounded the world; and the Seven Govors controlled the world by the mysterious power called Destiny given them by the Fiery Workman. When the Second Mind (The Workman) had organized Chaos, the Word of God rose straightway out of its prison of substance, leaving the elements without Reason, and joined Itself to the nature of the Fiery Workman. Then the Second Mind, together with the risen Word, established Itself in the midst of the Universe and whirled the wheels of Celestial Powers. This shall continue from an infinite beginning to an infinite end, for the beginning and the ending are in the same place and state."
The Secret Teaching of All Ages
Manly P. Hall

"Then the Father - Supreme Mind - being Light and Life, fashioned a glorious Universal Man in Its own image, not an earthy man but a heavenly Man dwelling in the Light of God ... The Man longed to pierce the circumference of the circles and understand the mystery of Him who sat upon the Eternal Fire. Having already all power, He stooped down and peeped through the seven Harmonies and, breaking through the strenghth of the circles, made Himself manifest to Nature stretched out below. The Man, looking into the depths, smiled, for He beheld a shadow upon the earth and a likeness mirrored in the waters, which shadow and likeness were a reflection of Himself. The Man fell in love with His own shadow and desired to descend into it. Coincident with the desire, the Intelligent Thing united Itself with the unreasoning image or shape."

Since the Conference Call with the SyncHHole authors on 01.23.10 I've been experiencing Deja-vu which culminated last night to the point I felt I must share with those with whom I'd spoken with earlier. Not until Will sent me a link to Anthony Peake's interview on Red Ice, did I remember ... just as I became aware of Deja-vu, that I had been repeating actions, did the feeling reside, blur and fade away because I became apprehensive of the feelings, almost nervous like when I walked into the Pizza shop last time and it became a sync Mausoleum, sort of frightening this dissolution of Ego or Self. So I remember as the Deja-vu was ending that the next thing that would happen would be Will giving me information. As I anticipated Deja-vu it ended, but this was synchronous with a nervous apprehension so I'm not sure what triggered it. Sure enough however Will did provide me with valuable information

Architecture school at Pratt was like Mystery School
At a certain point it became clear that I was stuck and could not proceed. Just like as kid I could never continue Gymnastics because of my inability to "Let Go" ... fear kept me being able to do a back hand spring. At Pratt I met another Brick Wall with Professor Gamal El Zoghby. His Teacher Assistant told me the only way beyond was to "short circuit"

Cheshire Cat says "Well, some go this way, and some go that way. But as for me, myself, personally, I prefer the short-cut. "

Guardians of the Underworld
Bast of Bubastis on the Nile
Watchmen's Bubastis looked very similar to the Snow Leopard like animal that I became during a hallucination. The astral creature I became was a Hermaphrodite and undulated between sexes as I fornicated with the Universal Mind.

does Dualism even exist?

I am existing within infinite entanglement

is this the Mark of Cain?