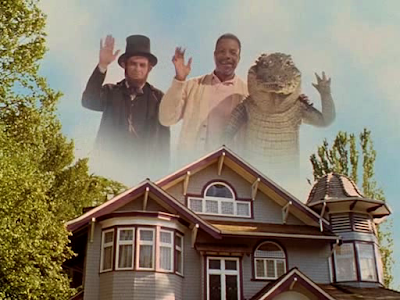 Sorry. Lost consciousness there for a second....

What the living fuck is Abe Lincoln doing with Apollo and an one eyed Crocodile?

The word Sex as seen in Lincoln's beard on the 5 Dollar Bill. Side Note; sex is sometimes called Getting Lucky. 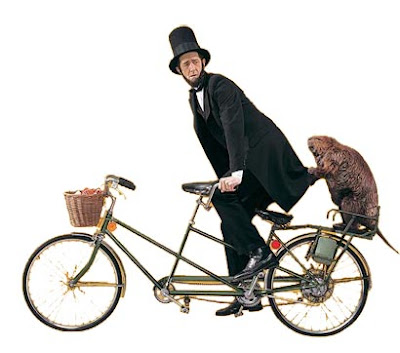 Abe Lincoln seen in an Ad for Sleep Medicine... With a Beaver. Side Note; a Beaver is sometimes used as a slang word for the female Genitalia. 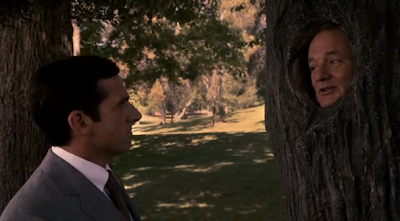 Steve Carell in the movie Get Smart talking to Bill Murray(2 13?) who is looking like a Conscious Plant. 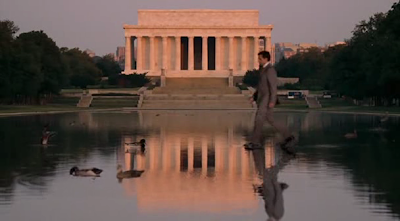 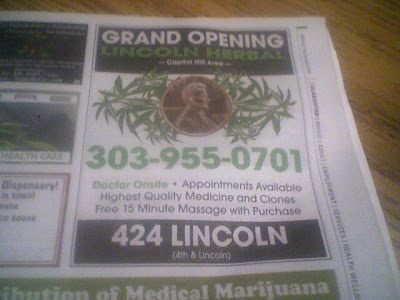 Abe Lincoln bust behind Nixon in the Watchmen. Side Note; a common reference to Abraham Lincoln is "Honest Abe".... To Richard Nixon is "Tricky Dick". Dick... Beaver... Get it?

Adam Sandler in fear of having the BAD(214 or the number or Jupiter) Luck of meeting Abraham Lincoln has instead the Good Luck or Fortune of finding a Penny Heads Up. He's pointing to Abe with his Jupiter Finger(the index is associated to Jupiter through Fortune Telling or Palm Reading). That's strike 2 for Sandler if you think about Happy Gilmore. That wasn't on purpose was it? No it couldn't have been. 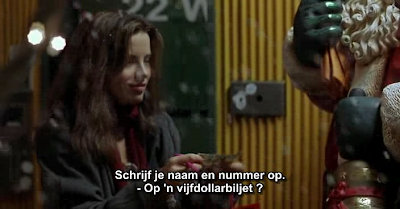 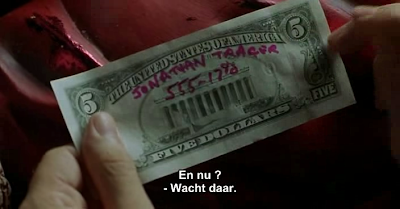 On the Temple of Zeus/Luck Kusac writes his random digits.... If she ever gets this marker by "Fortunate Accident"(how they define Serendipity) then they were meant by Fate/Destiny to be together. Fortunate accident sounds a lot like "Meaningful Coincidence" or the definition givin by Jung for Synchronicity. In Robert Anton Wilson lingo it would be noted that 5 is 2+3 or 23... Side Note; he writes his name on Santa Claus a character grouped as the Holy Trinity as in Santa Claus, The Tooth Fairy, and The Easter Bunny. Magic Creatures. 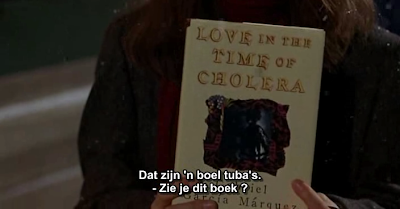 For fairness sake they put her info in a random book..... 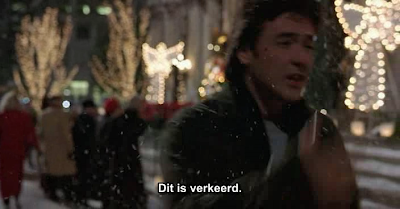 They do this in front of Angels.... 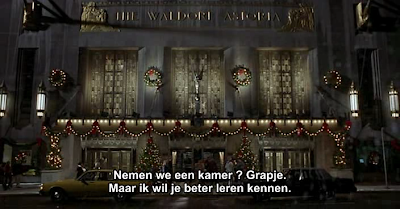 And dart in to a Hotel who's door is overshadowed by another Angel. 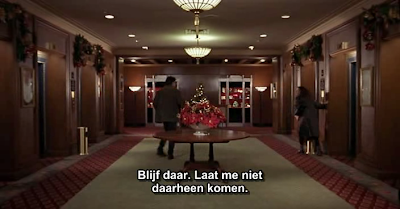 The plan is too get into two different Elevators and push a Random floor. 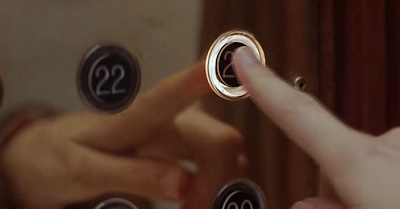 They simultaneously pick floor 23 highlighting the number 22 as well....
Posted by A Few Shots to Shaman at 8:40 PM