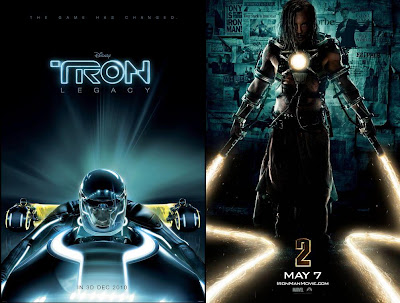 I put these side by side, the align very subtly, visually. When ever we do this other syncs strange attract. Not that I've looked into more potential sync bleed-through here yet.

I called it Fearsome Symmetry as these words are in the poem The Tyger by William Blake.
Tiger is the sync overseer for 2010: The Year We Make Contact. Contact is learning to deal with being cosmic intelligences or God, the next step in humanities evolutionary stairway to heaven. 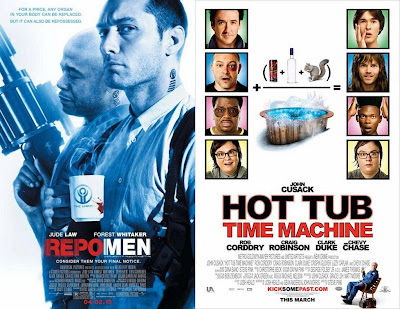 Here I put Hot Tub Time Machine and Repo Men side by side as I noted they both have two blueish vessel themes.

Jude Law holding a cup labeled Union and the Hot Tub suddenly revealed their vapor which made me think about Jimmy's Facebook status.

In the house of the senor always the vapor

I think this is from one of Juan Flores' (sounds like One) Icaro's, songs he and Jim sing during Ayahuasca ceremony.
There is a natural hot spring at Juan's center for healing in the Jungles of Peru...

When I met Juan he was wearing Red Rimmed Glasses like the Hakim brand logo of Optical shops. 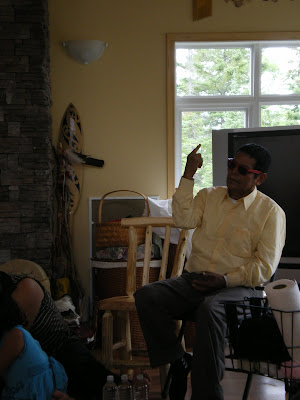 The Jupiter finger came out of this retreat with Juan and Jim.
Wrote allot about that as I was very into Seeing Red themes.

See Heal The World, Make It a Better Place. 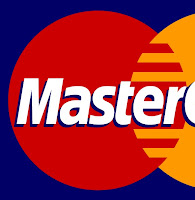 To me it's a sign that he is a True Master. 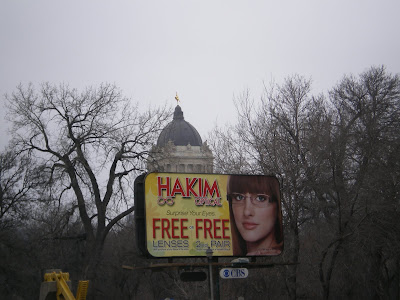 A week ago I took this shot of the Billboard by Osborne Bridge. It does wacky sync stuff all the time. I took this particular one because it felt like the presence of the Master bleeding into the Fabric of Winnipeg and overseeing the Wholy Temple of Solomon in the Background. 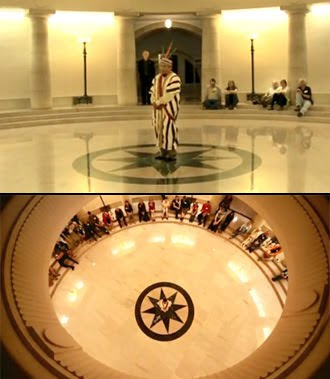 Here is Juan Flores standing in the Pool of The Black Star at the Heart of The Winnipeg Legislature, the same Wholy Temple seen above with the Red Rimmed glasses like Juan. Juan Flores can be translated as Johnny Flowers. Appropriate for the floWering floW of consciousness coming out of the Shaman. 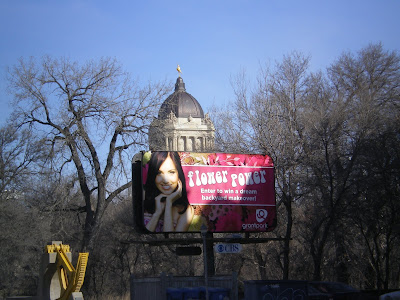 A little leaf G logo winks at bottom right of the billboard. The God in the plants.
Most recently I walk past the sign board, again noticing it continues to entrain with the Winnipeg/Juan resonance. Now proclaiming "Flower Power".
It feels like the Master is still here. This is always true as the consciousness coming through a Master or Buddha is the One true essence of all.
The Master just teaches us to see it in ourselves and the world and how they are One/Juan. 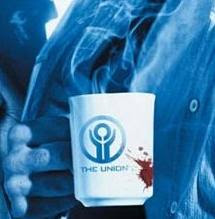 Jude Law is a Blue Star whose Blue Hand holds a cup of Union. The symbolic Wholy Grail signified clearly as such by the blood splatter.

This resonates Ayahuasca 2 a T. The Ayahuasca ceremony is a T party and the Wholy communion. 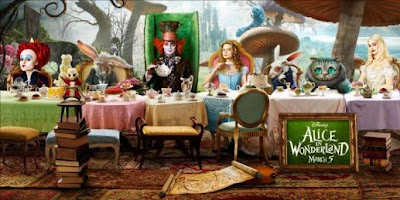 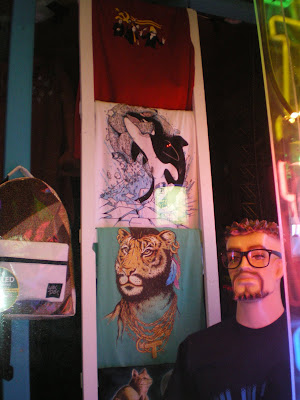 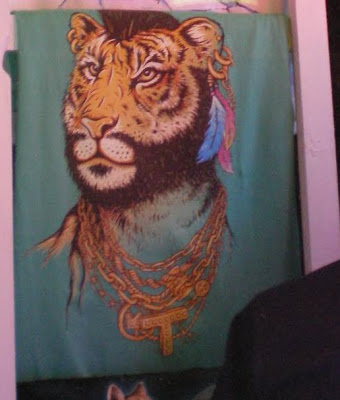