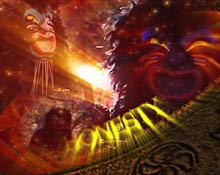 This next little sync diddy is for me the most powerful sync that I have bear witnessed too. For me it is once again another download of faith and awe.
First of all I want to thank Will for digging so deep into Abe Lincoln. I think something neato is coming out of all that work. 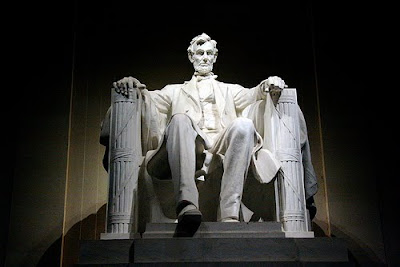 What triggered this sync was a tweet from Will once again hitting me over the head with the connection between Abe and Bigfoot. 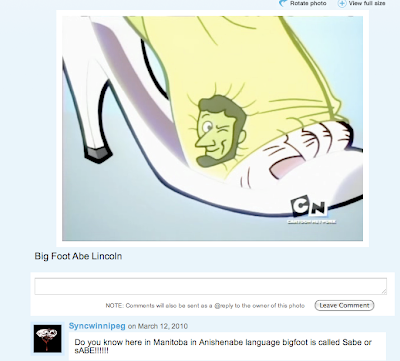 Here in Canada and Manitoba, the Anishenabe people call Bigfoot - SABE. ( Said S-ah-bay ). Manitoba is Sabe/Sasquatch/Bigfoot country.
The late Cree Elder Don Cardinal once pointed out a rock quarry where he said there are underground entrances into a cave system used by Sabe. I have definitely felt the presence of Sabe during many Ayahuasca ceremonies. I have never seen a Sabe, but I have seen on my "periphery" during ceremony a big tall hairy presence.
Anyways, why I am saying all this is that for the Anishenabe, Sabe is connected to one of the 7 sacred teachings of their people.
The teaching that Sabe carries is honesty.

Sabe is said to walk beside humanity at times of difficulty. Sabe is a spiritual guide for humanity. He is a man of the forest (the forest is a state of mind/being not just trees.)
We can all be Sabe ourselves.
Honest SABE.
Honest ABE
That is some sirius resonance.
Increasingly I feel we are being revealed the architecture of the pyramid of being. We are closing in onto the tip/peak/point.
It's beautiful up here isn't it?
I started singing last night a new icaro (magical song) about Sabe and Honesty. It is coded with Abe/Jupiter references.
Peace In = Peace Out.
Jim 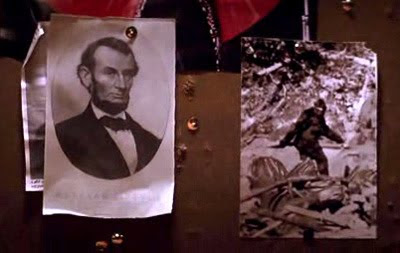