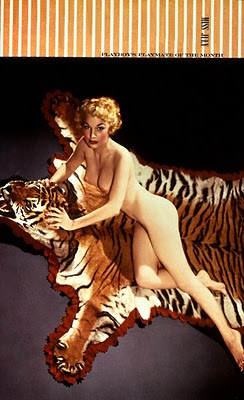 I have a desire to link the above with the below,
because from Ass to Antlers 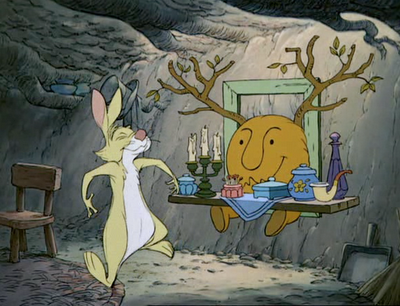 The King of Love is a Deadman
But since we are here in the underground w/ Rabbi-T, let's get "dirty" and get at the root.
It's spring. It's in the air, so let's flip 'er over and consider the other side:
The King of Death is a Fucker 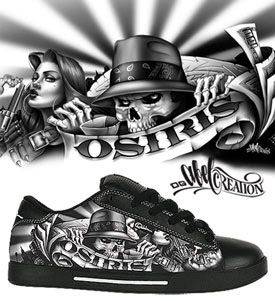 So I want to take another look at Pooh's Ass--not Eeyore, but as Rabbit has him decorated in the picture that Jim shared, it creates the macro in the micro. Pooh's ass encompasses the three kingdoms that I spoke of at length last week. From ass to antlers, Pooh becomes the whole, The Tree of Life. 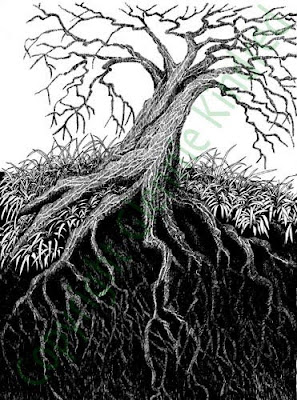 As above so below. . .
So recall the three kingdoms: Heaven, Earth, Underworld. The serpent who rules the underworld lies at the roots of the tree while the eagle flies in the branches of the tree. 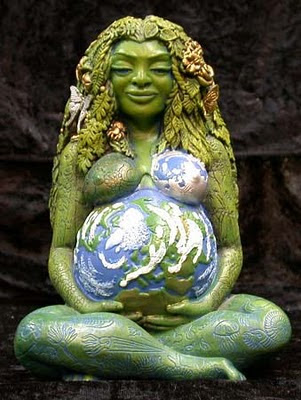 So the devil is celebrated in The Fall, and he descends to Hell in the Winter. Jesus is celebrated in the Spring and he rises from the dead on Easter and ascends to Heaven in the summer.
I find it so fascinating the mix of sex and death in mythology. Osiris, our Greenman, is the god of regeneration. He is both the god of sex and death. Jesus is the same guy. And the consort of Mars, the god of war, is Aphrodite, goddess of love. I suppose it is natural that the sex/death of vampires has emerged from the underworld and populated the sync whole as of late.
So then,
I guess it is almost time to ride some ass and get this green baby dancing:
-Of course Chloe means "green shoots". 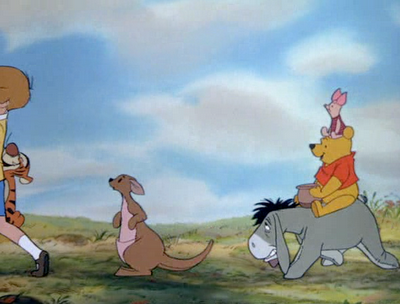 To Jerusalem!
Of course bringing sex to the whole on Pie day is probably ok because I'm a CAD! (314) This lovely picture is of a supermassive black [w]hole, but it just looks like sperm to me.
Posted by Ishmael at 12:21 PM