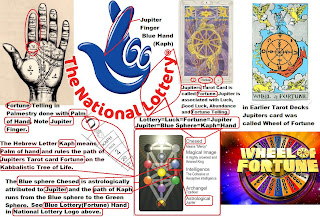 Richard: Kevins post ties in beautifully with a few things that I've discussed with Will recently so I thought I'd give the wheel a spin and see where it landed.

On the Kabbalah I noticed that the Path of Jupiter, or the Path of Fortune, is on the Right Hand side of the Tree of Life: 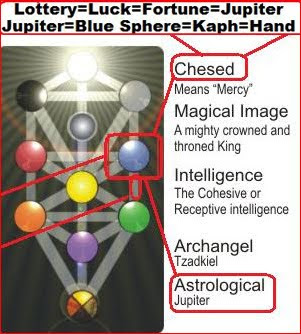 The 'Right Hand' is also known as the Dexter. A quick google search revealed that Dexter also means Fortunate: 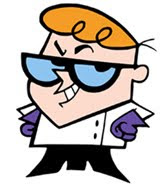 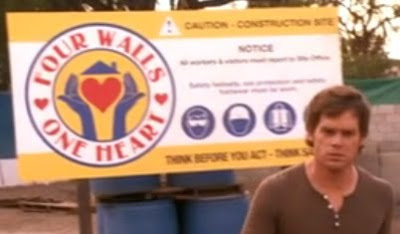 While wondering what to include in this post I decided to take a break and watch the very final episode of the Dexter TV show as I've been looking forward to seeing how the series was going to pan out.

I'm glad that I did because in the final episode I learned that Dexter Morgan lives at PALM Terrace and the number 142 even makes an appearance in his post code: 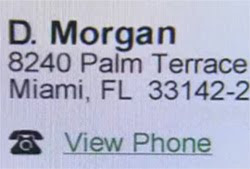 At the very end of the episode, once all the loose ends in the show had been wrapped up, Dexter has a daydream in which he imagines his future life with his family.

Dexter presents a cake (complete with Rainbow colored sprinkles) to his wife and child, envisioning how great his sons first birthday is going to be: 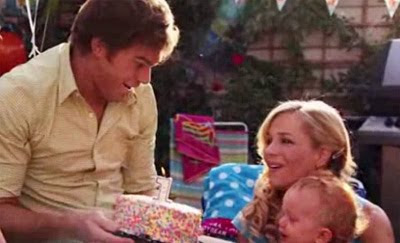 In this glorious moment the Sun shines brightly overhead sending a lens flare glancing off his Crown. I noted the Blue/Gold Crown sitting on the table beside the Rainbow Cake: 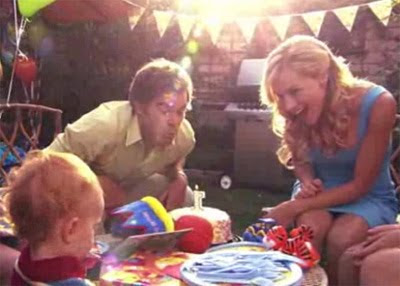 And then I spotted the Tiger:

So in the final episode Dexter the Tiger makes a brief appearance. Nice touch!

The surname of Dexter happens to be Morgan, which brings me back to the recent conversation I had with Will.

I mentioned to Will that the word 'LUCK' can be found inside the name 'LUCifer'.

In the movie '2010: The Year We Make Contact', the planet Jupiter (with a little help from the Monolith/Black Rock) becomes a Sun called 'Lucifer'.

Jupiter is a Lucky/Luck-iferian planet!

Lucifer is of course The Light-Bearer, the One who Illuminates with LIGHTning bolts from the Blue Hand: 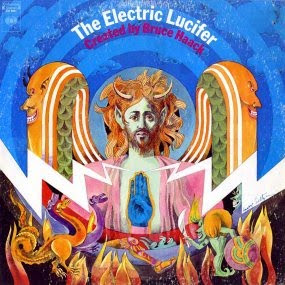 In this National Lottery logo (symbolizing Luck/Fortune) we find the X (or 6) followed by the number 66. You could therefore say that this Blue Hand has the number 666 encoded into it, the number of Lucifer/Luck-ifer:

(Thanks Nexus for pointing this out in the comments!)

So maybe 666 is actually a Lucky Number.

Wiki tells us that 666 is a number which is associated with Abundance:

666 is also aTriangular Number.
This basically means that if you were to place 666 dots inside the shape of an equilateral triangle, it would fit perfectly. Here's some examples of some other Triangular Numbers: 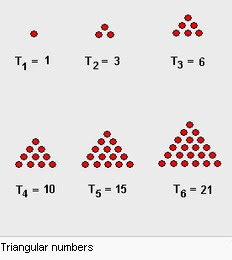 So the Lucky planet Jupiter (aka Lucifer) and the Blue Hand seem to entrain with the Triangle/Pyramid, which is exactly what I was getting at in Tiger Love Triangle.

Getting back to this image of Dexter we can see that the Tiger and the Triangles come together in the same shot:

If we look once again at Dexter Morgans home address we see that he lives in Miami, a city which is a key marker for the Bermuda Triangle: 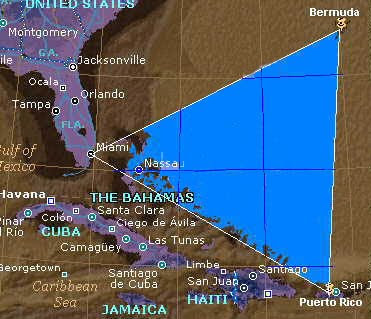 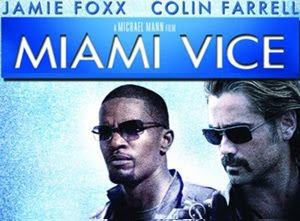 Colin Farrell entrains with the Tiger and Triangle in this Alexander poster, and it's probably worth mentioning his role in Tigerland as well: 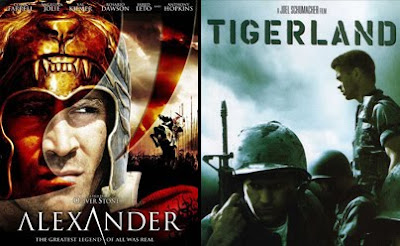 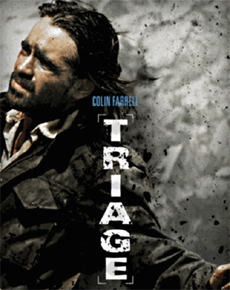 Farrell certainly carries the Luck of the Irish with him! 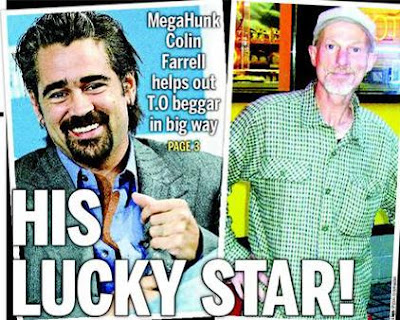 For more on the Lucky/Lucifer theme you can check out Lucky Cauldron, Just My Luck, I Love Lucy, or Will The Real Lucifer Please Stand Up.