The Swan Song of Jupiter Jack and his Hydrogen Bomb 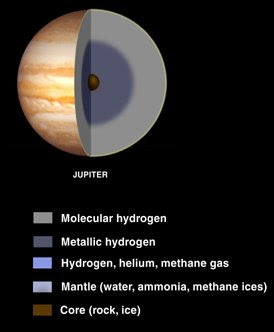 Last Episode of Season 5 of LOST has JACK trying to drop a HYDROGEN BOMB down the drilling hole of the SWAN Dharma station.
Just before he throws it in we see him ducking for cover near a diesel tank with D2 on it's side. D2 is a type of diesel fuel. It is also translated into 42 or a number we here at the Sync Whole like to equate with JUPITER and the answer to the meaning of life. 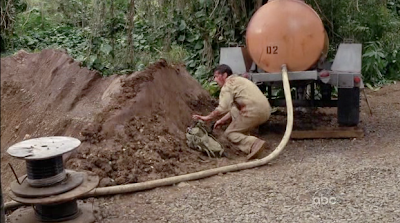 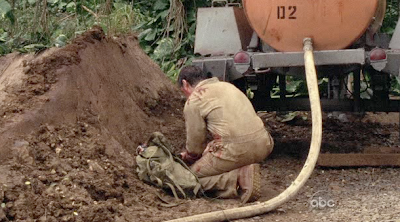 Here we have Jupiter Jack pointing his Gun and using his Trigger/Jupiter Finger. 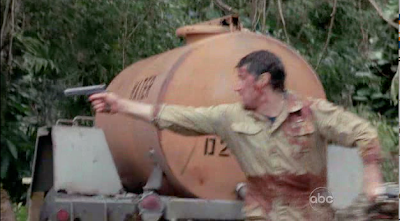 Jack throws the Hydrogen bomb down the Swan hole. It does not explode. Juliette ends up exploding it and that is how the season ends. 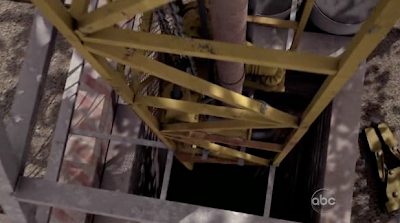 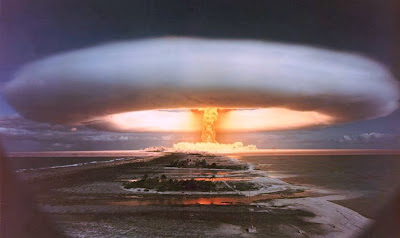 I find it interesting that Hydrogen is element number ONE.
Hydrogen is the One. Is Hydrogen Lord of the Earth?
Is Hydrogen Sumi Runa, the Master of Water, otherwise known as the Christ?
Perhaps Oxygen is the Mother. Together they give birth to Water/Spirit.
Hydrogen is also the most abundant element in the Universe.
It also makes up most of Jupiter.
It is the symbol that Dr. Manhattan put on his forehead.
He wears the Midnights Monad of Jupiter.
More on Hydrogen soon. 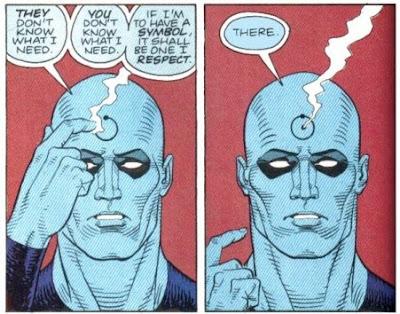 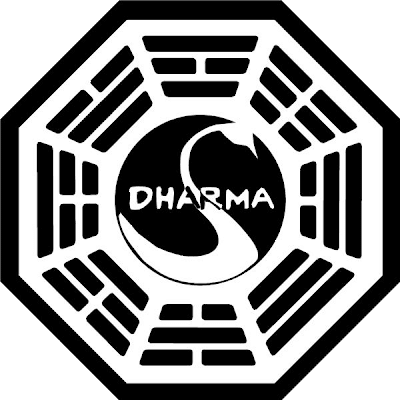 I find the the whole SWAN thing revealing. Profoundly so. But hey, what isn't these days!
The SWAN is the name of the Dharma Initiative station in the TV series LOST. In the LOST logo, not only is the Swan in the middle of an Octagonal Starg8, it also resembles the Yin Yang symbol. Just a different balance of energies. The neck of the Swan seems to highlight the letters AR, or RA. That would be RA "The Good God that Gives Life."
A SWAN is a DUCK, one of the largest species of the ducks, or water birds, as well as one of the largest flying birds. Water and Air. What a lucky duck!
You could say the SWAN is a MIGHTY DUCK. 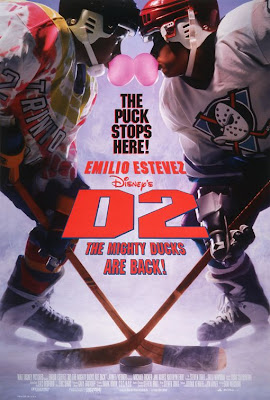 The Mighty Ducks, the Godly Swans, find Jupiter Jack resonance in the sequel D2: The Mighty Ducks are Back.
"The Puck Stops Here!"
Below we have Jack pull a "mighty duck" for cover near the D2 diesel tank at the Swan station.

Now, the Swan is also connected to Zeus. In Greek mythology Zeus became a Swan in order to seduce Leda who then gave birth to Helen of Troy. Zeus is Jupiter. The Mighty Duck. 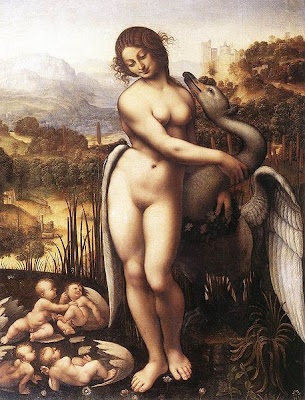 Swan is derived from the Indo-European root swen - to sound, to sing.
The Mighty Song. The Song of Creation.
Interesting how the concept of the Swan Song developed to mean one's last song before death.
The Song that brings death yet new life. Like the Hydrogen Bomb at the Swan Station in Lost. 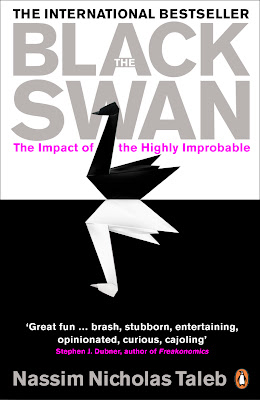 We go further down the Swan Hole when we take note of Nassim Nicholas Taleb's BLACK SWAN THEORY. His theory is "to explain the existence and occurrence of high-impact, hard-to-predict, and rare events that are beyond the realm of normal expectations."
The computer, the internet and 9/11 are given as such events.
September 2001 was a Black Swan Event, or should I say a Black Monolith Event. 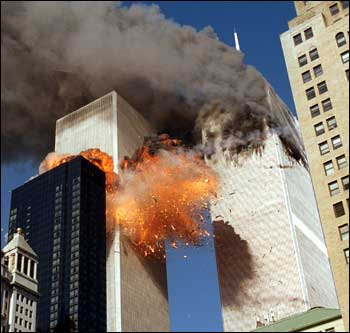 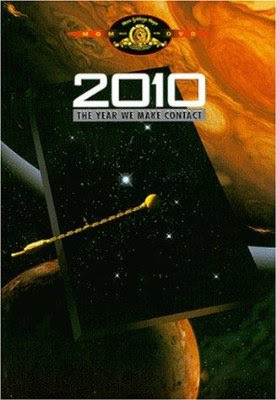 The Black swan brings right back to the idea of the Island, or Eye Land, and connects us with Jupiter once again. Ever since the Tiger Woods spectacle began I have been fixated on his future residence of JUPITER ISLAND Florida. Watching Lost, I just could not help but connect the island of Lost with Jupiter Island.
The Eye Land where Heaven and Earth merge.
As I was searching Black Swan syncs I quickly notice BLACK SWAN STABLES with the address of Jupiter Island. 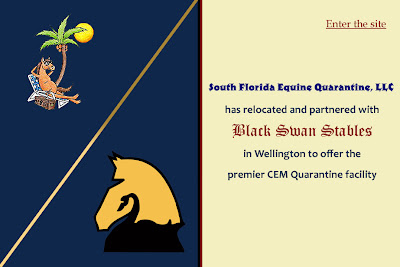 Lately I have been thinking about the 12 Days of Christmas. The last day is the 6th of January, the day Jake comes back to Winnipeg and the Day of Epiphany for 2010.
So of course I then remember the line in the song that goes:
"Seven swans a swimming."
I then look into what day the 7th day of Christmas is. Of course it is December 31. New Years Eve.
The night we sing are swan song.
One year dies a new one is born as Sirius rises to the keystone peak of its arc across the sky.
New Years Eve is like Dr. Manhattan's Midnight Monad. Or the Hydrogen Atom. 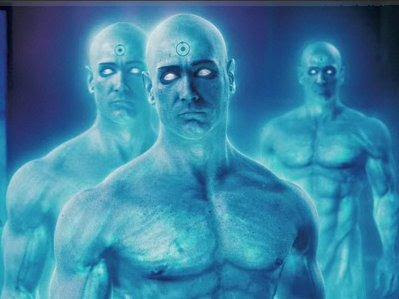 The Sun symbol mixed with a marker of Midnight (North Pole?)
Is New Year's Eve 2009 like the end of Lost Season 5?
KaBoom!
Geez, maybe I should party like its 1999 this year.
Outro: A little syncbit is that A.A. Milne decided to call his new literary character Winnie-the-Pooh, because of a real bear called Winnipeg the Bear and a Swan called PooH. 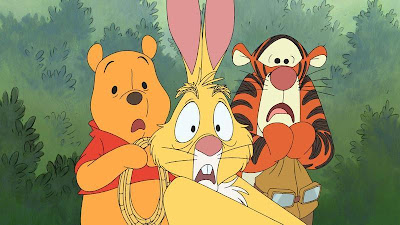 OutroOutro: Natalie Portman is supposed to star in a film called Black Swan to be released in 2010. 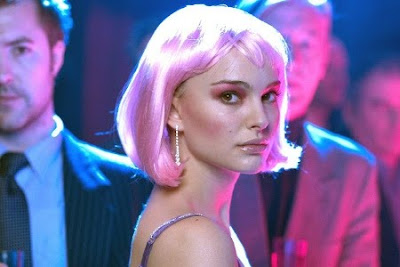 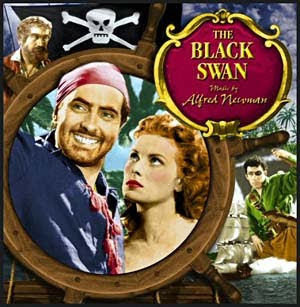 I am now off to go watch Up in the Air with GC.
Happy New Year! Happy 2010!
Another UPD8 Jim:
Been thinking of Emilio Estevez since noticing the D2 and Jupiter sync. Looking at the posters of the movies he has made I notice FREEJACK.
Freejack is a movie about time travel and immortality. Watching the trailer I notice the future in Freejack is 2009. Right Now. 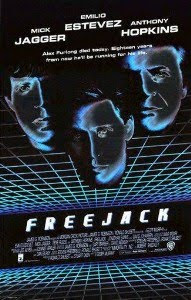 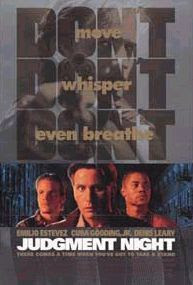 Kevin and I saw a pair of ducks today
Posted by Cosmic Ti69er at 2:10 PM