Dances with floW (while C-ing Red) 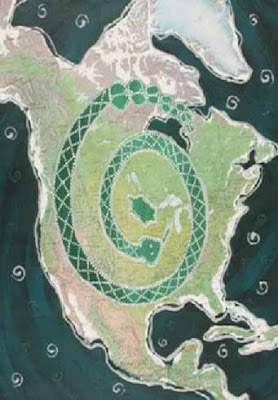 Yesterday I met with Frank Brown, an elected, as well as traditional chief of the Dakota people in Canada. His people have never signed a treaty with the Canadian government. They never surrendered their rights to the Queen. This really scares the government because they know they would lose in a court of law. It is a fascinating story. I am currently making a short for TV documentary about it called Ancients of the Heartland. I believe these people are key for global peace. They know it as well. Check out some of the research based on their knowledge and the myth of the Turtle and the Serpent. 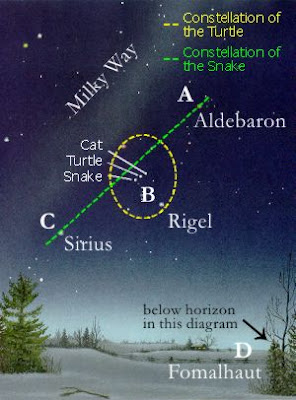 Anyways, synchromystically I began wondering yesterday about what kind of resonance Dakota has in the modern meme stream.

Of course the first movie I think of Dances With Wolves starring Kevin Costner. Us syncheads would see this title as Dances with floW. 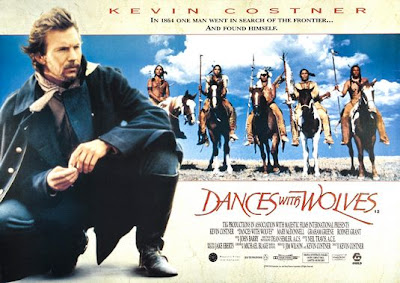 The Dakota were known as the Buffalo People. 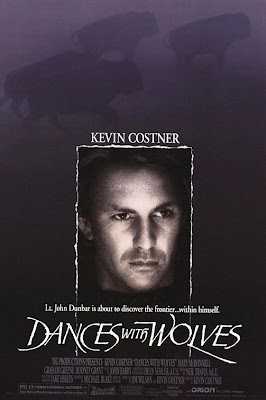 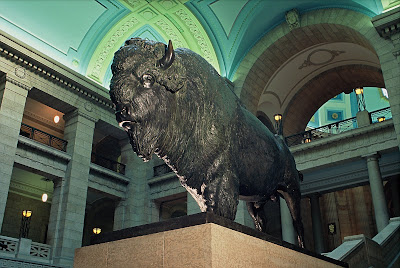 If anyone has any insights of the Dakotas and Kevin Costner, I would love to see it and ponder it all.

I mean, I quickly noticed these two posters below. American Flyer and JKK. They sync well. 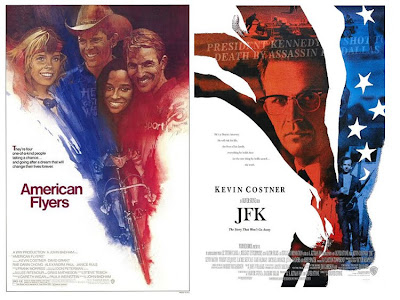 What interests me about JFK is that not only does Costner star in it, it is also directed by Oliver Stone. Who by the way goes to Amazon to take Ayahuasca. 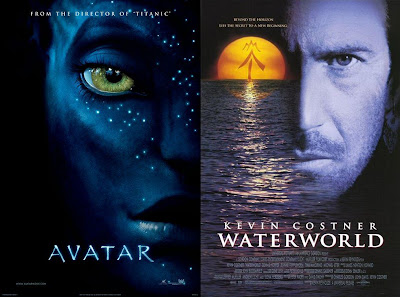 Avatar & Waterworld sync up swimmingly with each other and the themes of liquid floW.
Both blue faces with a bright yellow/golden eye. Makes vivid how the eye is a fractal of the sun.
Royalty are called blue bloods making such type images suggestive of Mastery.
The blue Avatar has little star spots mimicking Waterworlds single large sun.
More entrainment comes in the form of VATAR sounding perfectly like water in Afrikaans (spelled the same as in English). On the Waterworld poster Costner has become a giant making him resonate Sumiruna the big blue Amazonian water god.
I see these as representing the blue spirit of humanity rising into heaven - where the sun and stars dwell - right NOW.

When I hang out with my Yoga and Vegan type buddies I hear them talk about Ayurveda, an Indian system of medicine involving diet. A word that frequently comes up is Vata, also present between A and R on the Avatar poster.

The SpiriT/VATA inside the AR or RA.
Again a nice interchangeability or commingling of air and water resonance here..

The Golden Eye and Sun, our yellow sub/chariot that swims the blue waters of spirit, also resonates the yellow flower.

Richard: While trying to find an old Kevin Costner banner I had up on my blog a while back I came across this poster which shows KC with his head in the Clouds (ala Tom Hanks): 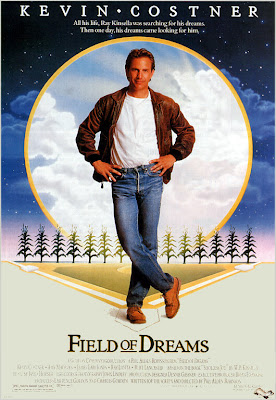 The X of his crossed Legs target the Field of Dreams behind him. While wondering about this Field/Plant connection I noticed that the name KEVIN contains the word 'VINE', and the surname COSTNER contains the word 'STONER'. His name alone brings to mind Plant KKonsciousness. 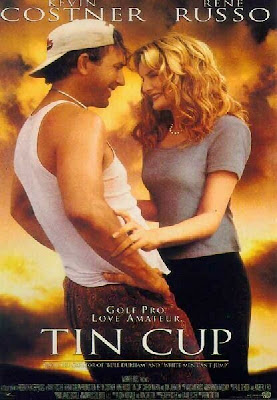 In Lucky Cauldron Jim pointed out that Maestro Flores uses a large Cauldron/Pot to brew the Ayahuasca vine and chacruna leaves. This is then served to the initiate via a Cup. Once again we see that Kevin Costner, with his Jupiterian Tin Cup, resonates with Plant KKonsciousness.

I noticed that KC has Red Eye in this poster: 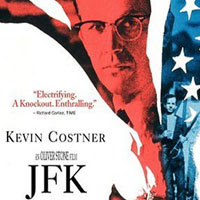 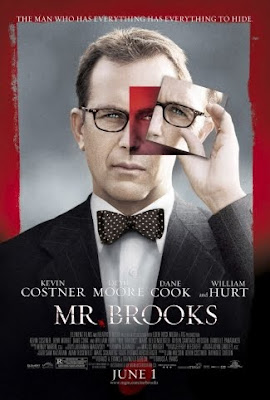 At the bottom of the poster we find that the month of June, resonating Juno/Jupiter, is highlighted by what looks like a Red Rose/FloWer.
If you turn the poster 90 degrees you can also see that Kevin Costner/Mr. Brooks is framed by a Red C/Sea.
Red Eye helps us to C-Red.

This brings us to this next movie which also features the color Red (on Costners life-jacket) and the C, or Sea: 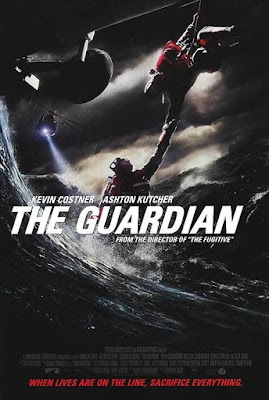 KC connects with Plants/Earth but he also seems to have links with the element of Water. He was a Water-loving mutant in Waterworld (mentioned earlier) and in The Guardian he plays the role of a Life Guard whose perfectly at home on the ocean waves. Both films point to The Blue One who goes by the name Sumiruna, along with many others.

Finally, in the movie Dragonfly we see that KC entrains with the giant Blue One who watches over us as we each walk our Path. The 3-pronged Trident and the Blue Skin also bring to mind the Sumiruna resonating Shiva: 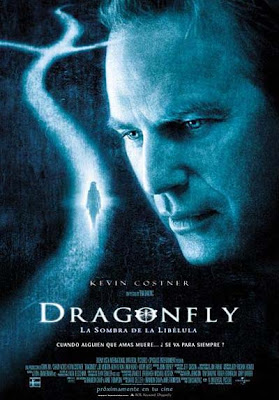 The Hindus associated the Dog-Star Sirius with Shiva, bringing us back full circle to KC's connection with the Wolf/floW: 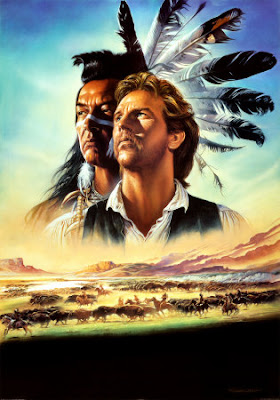 Come to think of it, the letter C (Red-C or C-ing Red mentioned above) was attributed to the Wolf/floW in this image:

To the ancient Mesopotamians, Sirius was also known as the Bow-Star or Arrow-Star: 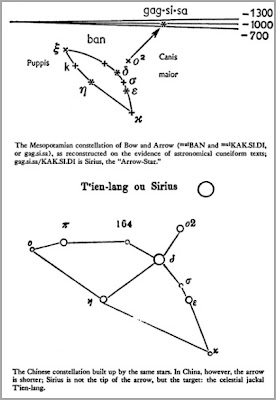 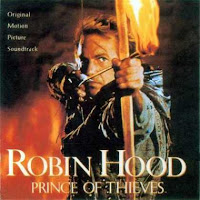