In light of the recent tragedies that struck this level of reality recently, I see some very strange amplifications of certain themes discussed here, and at the Blob. I'll start with a quote that ToMMy from Kozmikon brought to my attention...

"I look at new movie posters the same way as new crop circles. What themes and patterns are coming through via Being regardless of origin."~Jake Kotze, said on Twitter~

I find that quote quite though provoking. I also find it gives us a bit of closure in regards to what we do.

Yesterday there was that horrific train wreck in Washington. I started typing about it but nothing was coming together... So I trashed what I had started. The events of today, and the dreams I had while napping today pointed me to take a swing at it again...

So I respectfully approach the facts and also pay respect to the lives lost in these 'accidents'.

"The June 22 accident on the Metro’s Red Line killed nine people and injured at least 70 commuters. A fast-moving train failed to stop and rear-ended another train, which was stopped on the same tracks waiting for a third train to move out of the way. It was the deadliest wreck in the 30-year history of the area’s Metro system."

That's the most recent information offered as I post this. The thing I noticed first was all the recent talk about the subway here, and abroad. Toure's first post highlighted this as well.

The second thing I noticed(usually) was the the letters and numbers involved in this tragic fractal. Here's some quotes and headlines...

"When Metro Train 112 slammed into Train 214 on Monday, nine families, as diverse as this city, lost loved ones."

"Nine people were killed Monday when a train plowed into a train that was stopped. It was the deadliest accident in the 33-year history of the Metro."

"Red Line service will continue to be impacted on Wednesday, June 24, as a result of a fatal collision on the Red Line on Monday, June 22, between the Fort Totten and Takoma Metrorail stations." I know this is a long stretch but train tracks are an '11'. Train tracks even have the elusive third pillar called the third rail. This thinking brings to mind the Bolt etc.

I wrote this post because of Toures post. To quote the first Paragraph from The voice of reason.

"...his best friend's murder. The theme of red is pretty heavy-handed here..."

Note the highlighted ET Then he mentions the infamous John TraBolta. 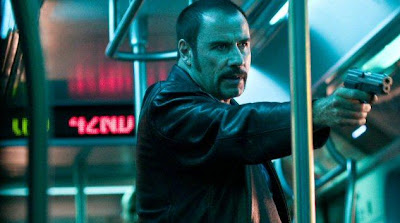 Think of the just mentioned third rail and Trabolta's interactions with the lightning bolt and C-train in Pelham 123(BAD). I say C-Train cause that is the light rail transit (LRT) system in Calgary, Alberta, Canada.

Reading further on the post The voice of Reason Toure mentions." Travolta's character in the movie is named Gabriel Shear, most likely named for the angel Gabriel, known as both the Angel of Death and the Messenger, or the Voice of God."

" This, for me, confirms the previous connection I made between Samuel L. and Samael. In Pulp Fiction, Sam Jackson shouts "I AM the Lord" (speaking as the voice of God) before pulling the trigger (as the angel of death)..." Followed by brain goosebumps. Maybe I drank to many slurpies today.

"Ed McMahon, who died Tuesday morning in a Los Angeles hospital, was a carnival barker, game-show host and TV pitchman for Budweiser beer and American Family Publishers' Sweepstakes, but he will always be best remembered as Johnny Carson's sidekick for 30 years on NBC."
Posted by Atareye at 2:30 PM