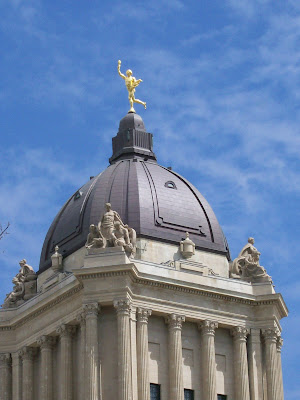 The Winnipeg Legislature or Peg Leg is a Masonic RE-imagining of Solomon's Temple.

The dome upon which Mercury a.k.a Golden Boy stands is held aloft by 24 pillars.

Mercury is the son of Jupiter while 24 also connects to this God through the connection gymnastics of synchromysticism.

24/42 is veiled by the alchemical symbol for Jupiter/Tin.

Jim speculates that the Peg Leg is a veiled Temple of Jupiter (Jovian/Jovial/Joy). 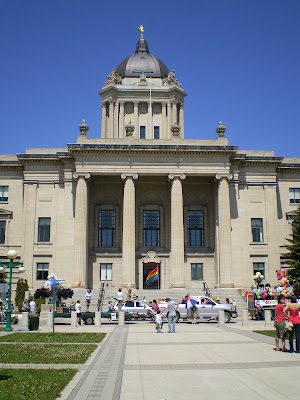 Went for a fruitful sync cycle today.
Passed a Gay Pride parade at the temple. 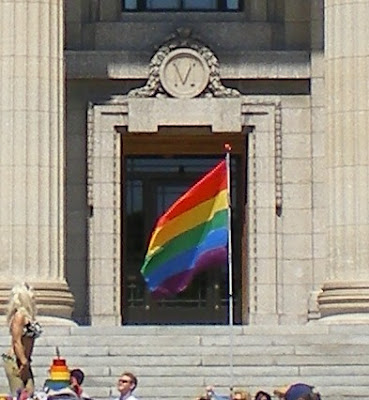 The Rainbow flag under the Circle-M of 'Galactic Center Temple'. 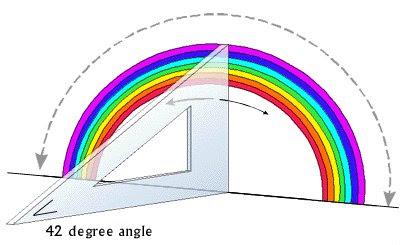 Rainbows imply 42 as the angle of refraction that causes light to split into the bow. 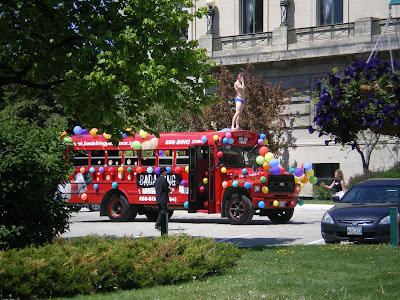 Gay is Happy or Joyous.
Jupiter is the Jovian/Jovial sphere.
People getting together to celebrate sexual orientation and gender identity are also celebrating Jupiter/Joy. 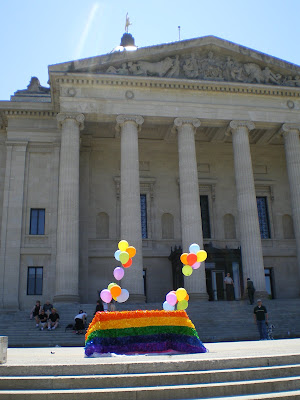 Joy being celebrated susynctly at the temple of Joy. 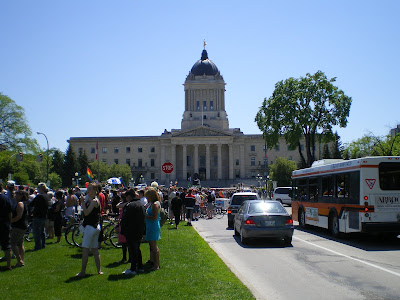 Jim:
I have always found it curious that the flag of the indigenous nations of the Andes in South America is pretty well the same as the one used by the Gay community. 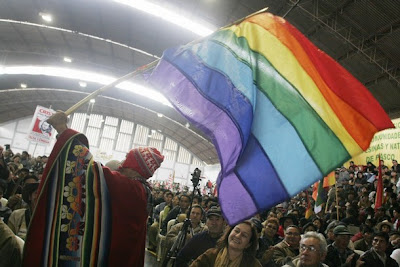 I have often seen it displayed in a more checkerboard rainbow style as seen below. To me this design is like a variation on the more drab black and white checkerboard design often seen on masonic tracing boards. 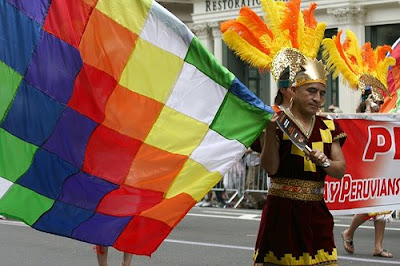 Rainbow and Gay pride do point to Joy. They point to freedom.
Flag of the Andes. ANDes. There is the word DNA again.
Welcome to the Land of Joyful DNA.
Posted by Jake Kotze at 12:22 PM