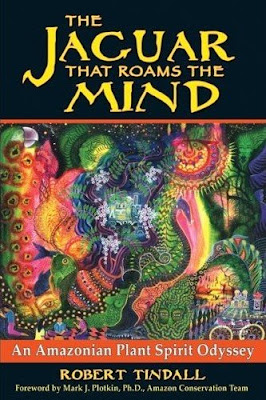 Here is Jim and myself showing up at Andre's (Jim's BFF and partner in the craft of documentary making) porch happening upon the arrival of there copy of "The Jaguar That Roams The Mind". 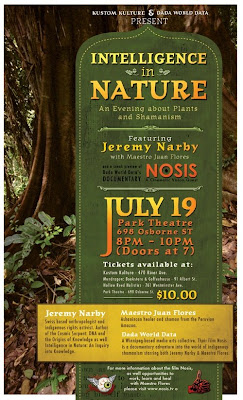 The timing of me reading this book - which was 'randomly' handed to me in the street a few weeks ago - couldn't be more perfect as Shaman Juan Flores from Peru and Author/Anthropologist Jeremy Narby, who has a particular interest in the role of Ayahuasca as teacher/healer, are heading to Winnipeg soon.
Actually Juan arrives today, 11 June, and stays for exactly one month until 11 August. An 11:11 sync Jim claims is unintentional...

This sync was briefly explored in post Blue Worm.

The resonance being displayed through this relationship of an instrument of death, the noose, and that of Ayahuasca couldn't be more elegant and susynct. Ayahuasca helps kill the limited individual identity, an experience directly related to physical death. Both the ego-death and physical death are mere transitional phases of Spirit moving in and out of form. The death of limited identity, of the little me, and the shedding of the mortal coil are no more or less the equivalent of what happens every night when we go to sleep.
In deep sleep the perception of self as an individual is obliterated as Self becomes infinite and eternal again until we wake up, moving though stages of dream and becoming born again in the morning.
In a way the 'real death' is the living/waking state or 'dream of self' as a personality.

In "The Watchmen" comic and film the character Hooded Justice saves Sally Jupiter from the sexual assault by The Comedian. We note his costume features the Dead Man's Rope/Ayahuasca worn around the neck.

Juan has told Jim that Masters live on Jupiter, the sphere of Joy, and that WE/ME have our destinies entwined with this sphere.

With this context in mind having the Ayahuasca resonating Hooded Justice interact with Jupiter in this popular piece of media hints at vast new depths of meaning.

In the stunning title sequence for the "Watchmen" film we see the Minutemen reenacting "The Last Supper" with a pregnant Sally Jupiter in the position if Jesus.

Christ Consciousness about to be birthed, 'by Jupiter!'

Jesus as resonant of Jupiter is a reoccurring theme also suggested by such say-things as Jumping Jesus, Jumping Jack and 'Jumping Jupiter!'

Actually many (all?) names that start with J seem to point towards Jupiter, see for example also Jennifer Jupiter (not to mention Juno Temple).

Jack is a particularly potent and syncnificant J name, constantly Jumping into the sync web from all angles.
Johnny Depp as Captain Jack Sparrow gets the Ayahuasca vine tied around his neck in the first "Pirates Of The Caribbean" film.

In the image above the coiled and knotted rope can be viewed as the Kundalini serpent exiting the spine and heading towards the heavens.

The Hangmans Noose becomes the tool that sends the Spirit spiralling towards Being. 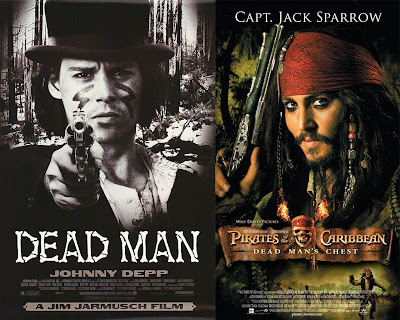 I had this image up briefly as a banner at The Blob and for a long time as my PC wallpaper. Meditating on it proved mind blowing.

Some observations:
Does this mean Johnny Depp, The Dead/Spirit Man will one day agree to take Ayahuasca with us inside the Great Pyramid (Tomb of a Dead Man)?

See Opening The StarG8 ViA Johnny Depp: Cut! for more. 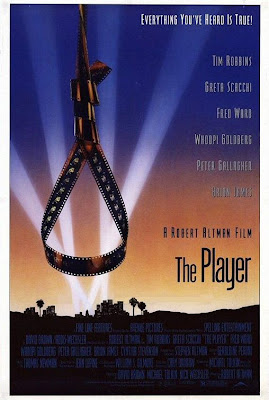 This poster - which I kept running into over the last few days, online and abroad - more than any other actually stimulated the above text.

The coils of film strip, depicted on "The Player" as a Noose, has been associated in earlier sync work to DNA.
How susynct then that given the context generated above we tie this medium back to the spiraling Ayahuasca vine itself also much associated to DNA.

"Everything You Heard Is True" 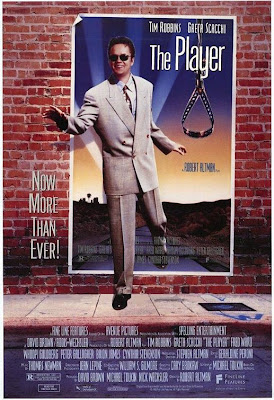 Love this image above where Tim (Tom) Robbins, backed by rays (Re), steps through a StarG8 while the Dead Man's Rope sync winks behind.
The Tinseltown realm he exits has a film strip road and its skyline is blue, purple and gold.

"Now More The Ever!" 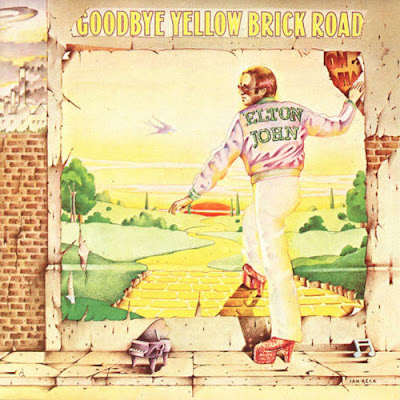 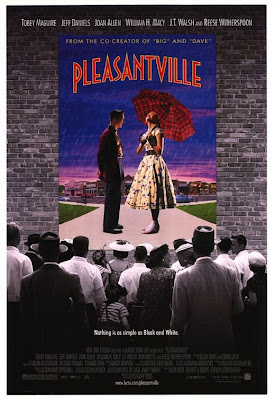 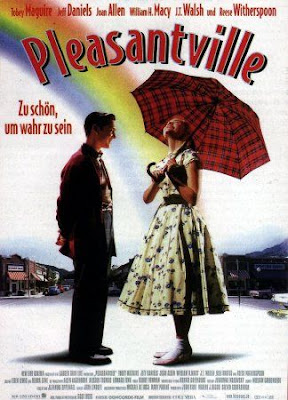 Jim:
Wicked post Jake. All I got time right now to add is that Maestro Flores, his wife and daughter,
arrived in Winnipeg today calm and in style as usual.
Here they are below in my house. We are eating PUPUsa's with my film partner and fellow Ayahuasquero, Andre, as well as my daughter. Notice how Maestro Flores is framed by two plants. No intention there...
UP we go!
Peace Yall. 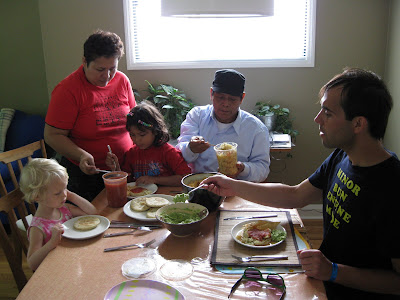 Richard:
From Manly P. Hall's The Secret Teachings of All Ages p265:

'The Gnostics divided the nature of the Christian Redeemer into two parts - the one Jesus, a mortal man; the other, Christos, a personification of Nous, the principle of Cosmic Mind. Nous, the greater, was for the period of three years (from baptism to crucifixion) using the fleshly garment of the mortal man (Jesus).

In order to illustrate this point and still conceal it from the ignorant, many strange, and often repulsive, creatures were used whose rough exteriors concealed magnificent organisms. Kenealy, in his notes on the Book of Enoch, observes: "Why the caterpillar was a symbol of the Messiah is evident: because, under a lowly, creeping, and wholly terrestrial aspect, he conceals the beautiful butterfly-form, with its radiant wings, emulating in its varied colors the Rainbow, the Serpent, the Salmon, the Scarab, the Peacock, and the dying Dolphin."
2 or 3 days before reading this post I marked this very page for future reference due to the reference to the Nous. I figured the words Nous and Nose were too similar to ignore and thanks to Jake's latest Noose insights, a whole new twist has been added to this vine of thought.

The Nose is a Noose according to this article:

The Nose/Noose entrain with one another as do the words NOUS and ZOUS (or ZEUS).

The Christos, or Cosmic Mind, was called the Nous by the Gnostics, and the Greek POP Zeus is another way symbolizing the Divine/All There Is. The Golden Eagle which often accompanies Zeus also resonates with the Flying Bird, or Bird Flu, which we see mentioned in the article above.
Another Bird which seems to warrant attention is the Swan.

SWAN is a pointer towards the NAWS (NOSE/NOOSE/NOUS).

In the Pirates of the Caribbean movie Jack Sparrow tries his hand with the beautiful Elizabeth SWAN (played by KKnightely).

This NAWS/SWAN connection continued when I came across this image. The NOUS represents the SON of God, the Christos, and the NOS points us to the NAWS: 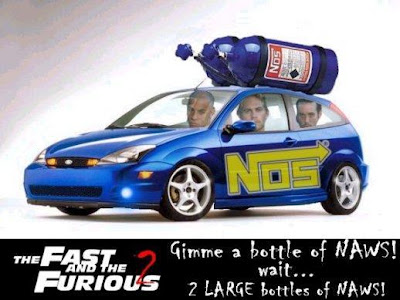 Gimme a bottle of NAWS!
Manly P. Hall says: 'The grace and purity of the Swan were emblematic of the spiritual grace and purity of the initiate. This bird also represented the Mysteries which unfolded these qualities in humanity. This explains the allegories of the gods (the secret wisdom) incarnating in the body of a Swan (the initiate).'
So how do we become an Initiate of the SWAN?

Heath Ledger (seen below in this image from The Imaginarium of Doctor Parnassus) seems to have the answer: 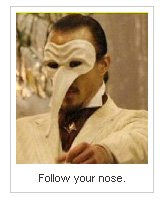 One last thing. We see that the Watchmen symbol features NO NOSE and resonates with our Blood/DNA/PAN: 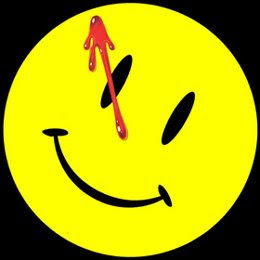 The Smiley-Face also resonates with the SUN, or SON. If we look at the Smiley-Faced Joker we find that Heath Ledger (whose final movie was The Imaginarium of Doctor Parnassus, also starring Johnny Depp) is the Noose/Nous/Nos/Nose/Naws/Swan resonating Hanged Man: 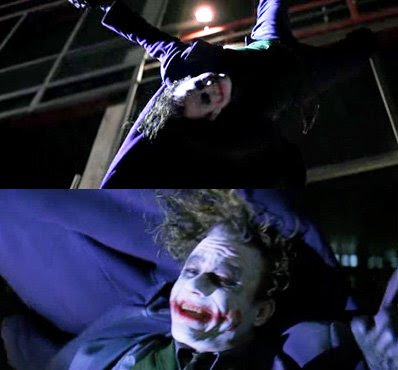 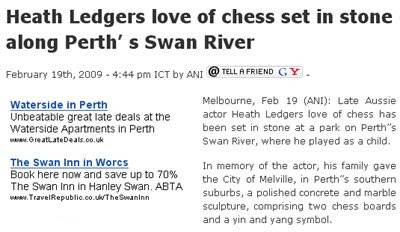