BeastBoy - A Synchromystic short about Ron Perlmans Beastly Aura from Kephera on Vimeo.

Synchromysticism has been defined as the "Art of attributing dynamic context to space time phenomena allowing for new patterns and context to arise". This video will be using Synchromysticism to explore the rich career of Ron Perlman, and how he as a Star seems to have an Aura connectin him to Beasts and the Devil. Ron Perlman is a unique star who allows us to encounter an archetype that exists in our world, our myths and ourselves. Perlmans career has an Aura of embodyment of mans Beastly nature striving to be more. This is also the narrative of mans evolution and movement through the Aeons. The Christian era, a time Aleister Crowley would termed the "Osirian"(Father God)Aeon, has been defined by mans movement out of the Forests, away from his animal self and pagan consciousness. The Osirian age Consciousness thus created an archetype "The Devil" to embody this primal and animal nature that the mind sought to dominate. We are now in a New Aeon, in which we can perceive "The Devil" as a necessary part of the whole that we are. Also, this New Aeon has been called "The Aeon of the Child" by Aleister Crowley, this child symbolism following a beastly period is much connected to the Jupiter/David Bowman/DB42 and 2001 A Space Odyssey narrative, ( Jupiter/Sagittarius= CentaurHalf animal/man - think Monolith) . I hope to delve further into this symbolism sooner. But for now, this is just a short celebration of how Ron Pearlman puts us in touch with and celebrates a primal part of ourselves that is wholly holy. Peace and Love

Very cool, the day we start our journey to the stars is perfectly in sync with the resonance of Claire Danes as "Star Star".

This is beauty, Claire Danes', IMDb profile pick and we see STRA or STAR entraining. 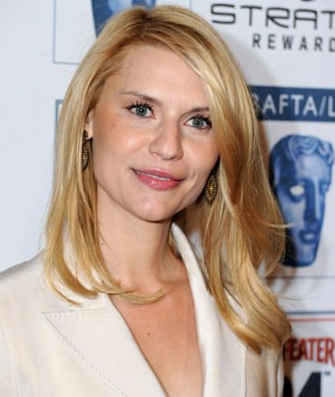 She shares her Birthday, yesterday, with Saoirse Ronan aka Hanna.

We see Hanna, raised alone in the wild, with her mask & Bow. She also stands by a giant wolf. 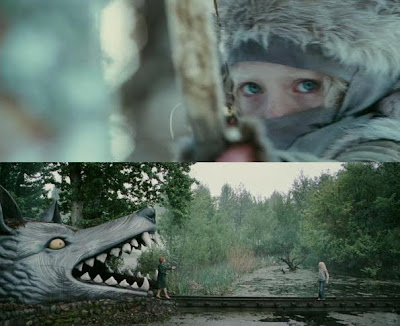 The English version of Princess Mononoke has Her Highness voiced by Claire Danes. Mononoke sees lead character Ashitaka wearing a mask and using a Bow just like Hanna. The Princess herself is raised in the wild and interacts with giant wolves, the ones below are just the pups. 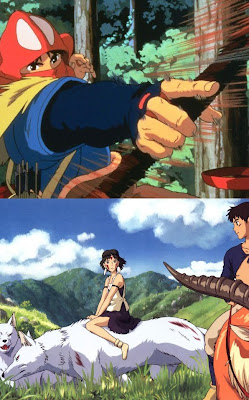 See Three Queens for the sync relationship between royalty and the Bow.

Wonder if Kevin new this when posting his video yesterday....?