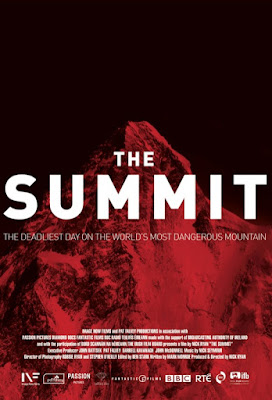 The screens are cracked and the show goes on, as the screens are still fully operational below the surface. Showtime / show time! (the flux within the now) Let's roll.

The crane truck moves even closer to my window and I just enjoy seeing the K2 crane going...up & right, perfectly framing the corner of the window. 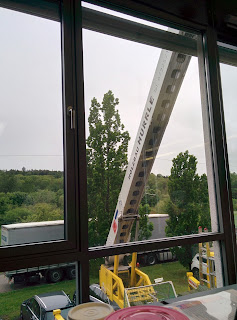 My attention shifts to what's being lifted up there. Some materials are transported next to the K2 crane truck by a forklift, lending weight to & highlighting the "lifting up" element of the process. 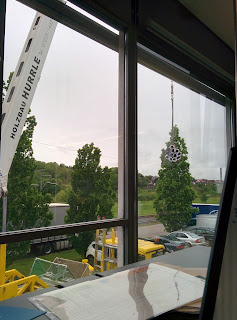 I can identify some kind of rolls being lifted up & right. Rolls? Boom! Some kind of spiritual TNT starts to explode within & my already cracked mind gets completely blown up, as I'm experiencing a sync between the previously prepared memory and the unfolding of this very scene. 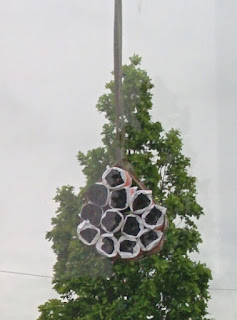 The memory focussed by recognizing the role of the roll in this play is the one connected to the up & right strangeness in the Remote Viewing of Consciousness Targets & roll shapes being mentioned in another rv-consciousness target (in part 3, soonish).

Let's first have a close look at the up & right strangeness, which leads the direction of this hole stream: 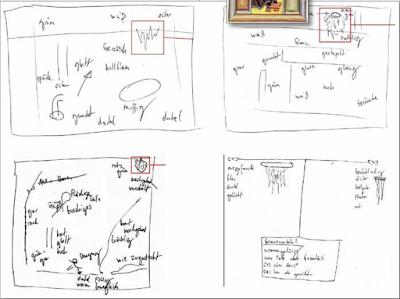 Up & right there's a greenish structure that looks like a jellyfish:

"After we had realized that this structure is common to all individuals whose consciousness we viewed, we became even more curious. In a number of sessions we started to examine the structures shown in the picture, which are always placed in the upper right and came to the conclusion that this kind of structure would serve as a port to the matrix or respectively the collective consciousness. In other words: It is this structure we are using when we follow our intuition, receive PSI-data consciously or subconsciously and finally for remote viewing. It seems as if we accidentally found the sender-receiver interface of the individual consciousness."

So this links smoothly to the other memory of Eye Movement and Direction & How it Can Reveal Truth or Lies triggered previously:

From the I-perspective, the eye movement up & right indicates the linking to this sender-receiver interface between individual and collective being, to the creative source where purple buffalos and any other imaginable forms are born (becoming seemingly individual) - made of & in consciousness. Not nowhere, but now here.

So in the overall context it feels like the sacred mountains (viewed as deities or home of deities) as part of the kollective konsciousness resemble an antenna: Mountennas. Sending out spiritual streams to nearby locations like Tibet and anywhere else from the upper right link to the collective consciousness. 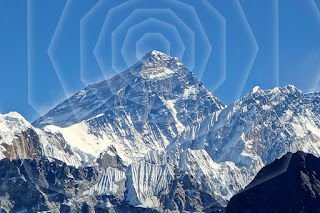 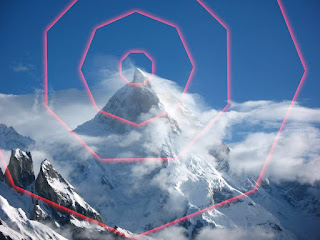 The stream continues in part 3.